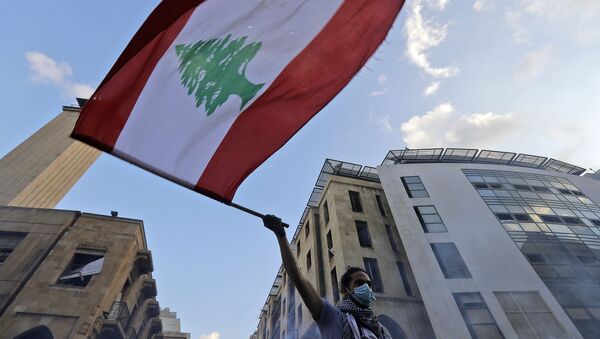 The French president visited Lebanon on 8 August, days after a deadly explosion of tons of poorly stored ammonium nitrate at the Beirut port killed 190 people and injured thousands more.

Watch a live broadcast from Beirut's Martyrs' Square where protesters are gathering on Tuesday to mark the centennial of the declaration of the State of Greater Lebanon, modern Lebanon's predecessor, and the establishment of Beirut as its capital, by French General Henri Gouraud.

This comes as French President Emmanuel Macron has arrived in Lebanon for the second time after Beirut's port was rocked by two explosions on 4 August, killing at least 190 people, injuring 6,500, and leaving over 300,000 homeless. The blasts sparked mass protests which forced the previous cabinet to resign.

On Monday, Lebanon's former ambassador to Germany Mustapha Adib was assigned by President Michel Aoun to form a new government. ​