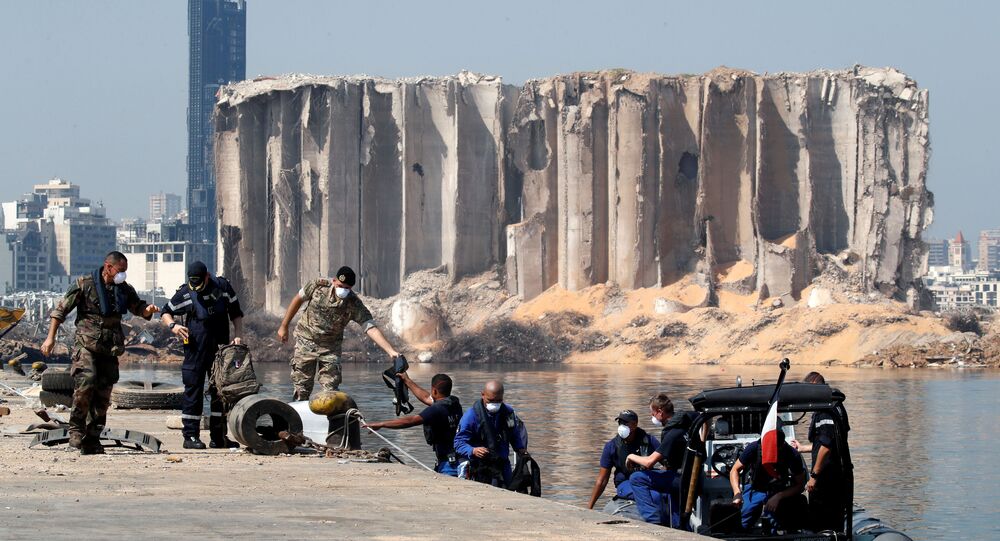 The explosion that ripped through Beirut on 4 August aggravated Lebanon's economic crisis and fuelled anti-government sentiment, which led to an early departure of the prime minister and his cabinet.

The Beirut explosion caused between $3.8 billion and $4.6 billion in physical damage to the Lebanese capital, according to the World Bank's preliminary assessment.

The bank estimates that the additional decline in economic activity following the devastating blast was between $2.9 billion and $3.5 billion. Housing, transport and cultural assets are thought to be among the worst-hit sectors.

Lebanon is estimated to need from $1.8 billion to $2.2 billion for public sector reconstruction and economic recovery, with up to $760 million needed until this December and up to $1.46 billion for the year 2021.

On 9 August, world leaders pledged nearly $300 million to Lebanon at a UN-backed donor conference. That aid is meant purely for humanitarian purposes and is conditioned on extensive political and economic reforms.

"The disaster will not only exacerbate the contraction in economic activity, but also worsen poverty rates, which were already at 45 percent of the population just prior to the explosion," the bank said in a statement on Monday. "Implementation of a credible reform agenda will be key to accessing international development assistance and to unlock external and private sector sources of financing."

At least 200 people were killed and thousands injured by the blast on 4 August, caused by nearly 3,000 tonnes of the volatile ammonium nitrate stored unsafely in the city port. Mass protests erupted against perceived mismanagement and corruption in the aftermath of the explosion, prompting the entire government to step down and eight MPs to resign.

Lebanon's former ambassador to Germany, Mustapha Adib, was named the new prime minister-designate on Monday with the backing of most MPs after being nominated by the Shi'ite group Hezbollah.

His appointment came just hours before French President Emmanuel Macron arrived in Lebanon for a two-day visit to assess the reform process and political transition. "I want to ensure that the government that is formed will save Lebanon and launch anti-corruption reforms, energy reform and reconstruction," said Macron, who already visited the blast-ravaged city days after the explosion.