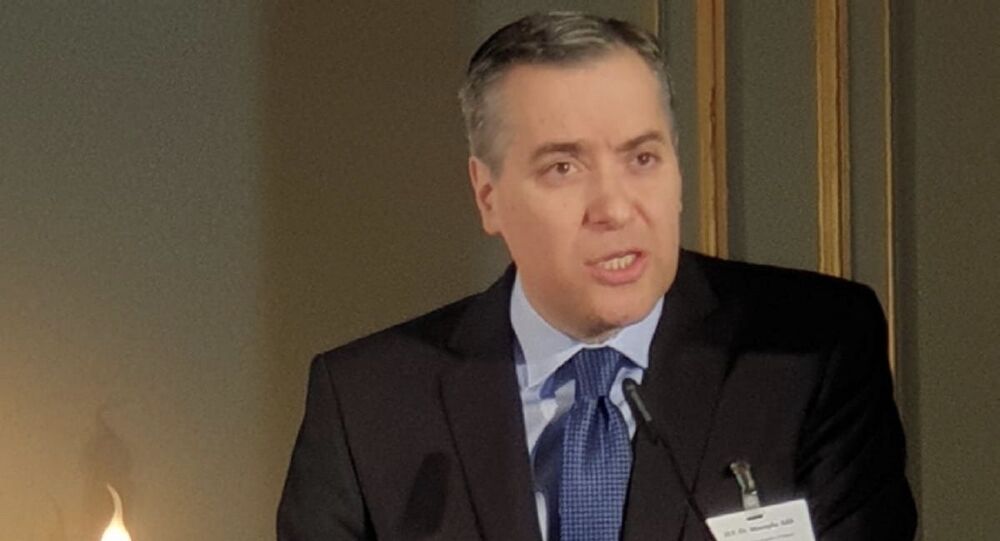 The nomination of Lebanon's next prime minister comes after Hassan Diab's government resigned in the wake of the devastating Beirut blast earlier this month.

Lebanon's President Michel Aoun has designated Mustapha Adib as the new prime minister of the country.

The newly-designated prime minister thanked the president and MPs.

"I'm asking God for help in forming the news government and I'm asking you to pray for us", Adib said during the meeting with President Aoun.

​Earlier, Hezbollah, Lebanon's Shi'ite group, nominated Adib as the next prime minister, the head of its parliamentary bloc, Mohamed Raad, announced on Monday following a meeting with President Michel Aoun.

Mustapha Adib has served as Lebanese ambassador to Germany since July 2013. He taught law and international relations at several universities in France and Lebanon and was also an advisor to the former head of the government, Najib Mikati, during his 2011-2014 term.

Lebanese media reported on Sunday that the largest party, Sunni Future Movement, chaired by Saad Hariri, would back Adib’s candidacy for the top government post.

The Hassan Diab government stepped down shortly after a devastating explosion in the Beirut port on 4 August killed at least 190 people and injured over 5,000 others. According to the Lebanese authorities, the explosion was caused by the improper storage of 2,750 tonnes of ammonium nitrate.