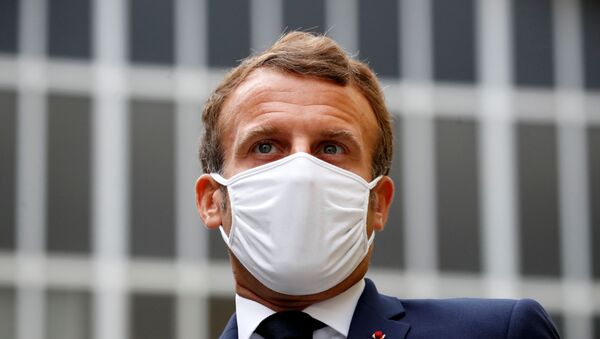 Irina Acheeva
correspondent
All materialsWrite to the author
Earlier today, EU High Representative for Foreign Affairs Josep Borrell said after an informal summit of EU foreign ministers that Brussels may resort to industry sanctions against Ankara if talks on the drilling in disputed waters fail.

"When it comes to Mediterranean sovereignty, I have to be consistent in deeds and words. I can tell you that the Turks only consider and respect that. If you say words that are not followed by acts ... What France did this summer was important: it's a red line policy. I did it in Syria", he told a news conference.

The statement comes after the EU threatened to impose sanctions against Ankara if the talks on drilling in disputed waters fail. Meanwhile, Ankara claims that the EU's threats to impose sanctions only boost Turkey's determination to continue the drilling. The Turkish Foreign Ministry has condemned the threats, saying that the EU has "no right to criticise and demand that Turkey terminate hydrocarbon exploration in its own territorial waters".

EU Seeks to Settle Disputes Over Turkey's Drilling in Mediterranean via Talks, Czech Minister Says
Turkey's drilling activities in the Eastern Mediterranean have long mired its relations both with Greece and Cyprus, which claim that Ankara has crossed into their exclusive economic zones, and the European Union, as the borders of those two countries are also the EU's own external borders.

The Turkey-Greece tensions exacerbated over the past few weeks as Turkey intensified the exploration closer to the Greek border, ignoring the calls to vacant the disputed waters. Greece, in turn, mobilised its armed forces and warned it would stand up for its sovereignty by all available means, including military.