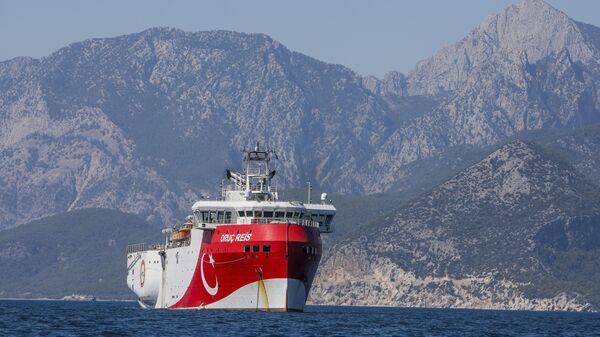 "We have already sanctions in place against persons that are involved in illegal drilling and illegal actions in the eastern Mediterranean. At the same time, as I have mentioned, we want to engage with Turkey constructively to find a way. And at the same time, we are ready to support the request of Greece and Cyprus ... to move on when it comes to the reaction of the EU," Petricek said.

At the same time, the diplomat said that the EU opposed any unilateral actions and wanted to establish a constructive dialogue with Turkey, the bloc' important partner.

The Turkish-Greek tensions in the eastern Mediterranean escalated earlier in August after Turkey's Oruc Reis research vessel began exploration drilling in waters that are also claimed by Greece.