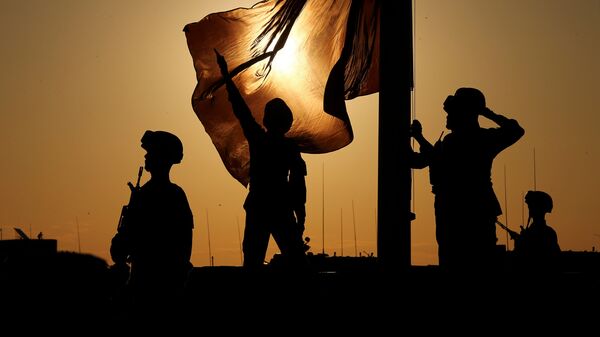 The Chinese Defence Ministry said on Tuesday that a US spy plane entering the no-fly zone of the Chinese Northern Military District was a "naked provocation."

According to the ministry's spokesman, China has lodged a "stern representation" with the United States after a US U-2 reconnaissance plane flew into a no-fly zone during Chinese military drills.

"Today, a US reconnaissance aircraft U-2 entered the no-fly zone of the Chinese People's Liberation Army's northern combat command area, where live ammunition was being fired," the statement says.

The ministry has pointed out that the US actions have created a serious obstacle to China's regular military drills and have violated air and naval security protocols between the two countries.

The Chinese Defence Ministry noted that US actions could easily lead to misunderstandings and even to an incident at sea or in the air.

"This is a pure provocation. The Chinese side is protesting and has already made a representation to the US side. The Chinese side demands that the United States immediately stop these provocative actions and take practical steps to protect peace and stability in the region," the ministry said.

China Holds Amphibious War Drills, But No Proof They’re Aimed at Taiwan’s Pratas Islands
Earlier this month, China conducted two drills in Hainan Province. The drills came amid an unprecedented US military presence in the region.

A Chinese think tank has recorded 67 US intelligence flights through the South China Sea in July alone, and Chinese State Councilor and Foreign Minister Wang Yi told Xinhua News Agency in an August 5 interview that “in the first half of this year alone, the US sent military aircraft there [to the South China Sea] more than 2,000 times.”