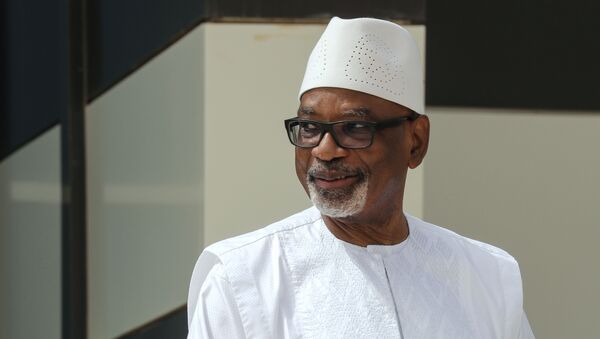 NOUAKCHOTT (Sputnik) – The new Malian authorities, who came to power after the recent coup, are discussing with Senegal the possible deportation of detained President Ibrahim Boubacar Keita to the country, a Malian military source said.

“There are talks with Senegal on his [Keita’s] deportation [to Senegal]”, the source said late Thursday.

Earlier in the day, spokesman for the National Committee for the Salvation of the People Colonel Major Ismael Wague said that a transition council would be set up in Mali. The council would be headed by "a transition president", who can be either a military officer or a civilian, he added.

The National Committee for the Salvation of the People was established by the rebel military leaders following the coup earlier this week as Mali’s new governing body.

The coup began on Tuesday at the Kati military base near the Malian capital of Bamako. The rebels detained Keita, Prime Minister Boubou Cisse, and some other senior government officials. Later, Keita announced his resignation and dissolution of the parliament.

The Economic Community of West African States revealed on Thursday plans to send a high-ranking delegation to Mali to help restore constitutional order in the country. ECOWAS wants to seek the reinstatement of Keita as the Malian president.