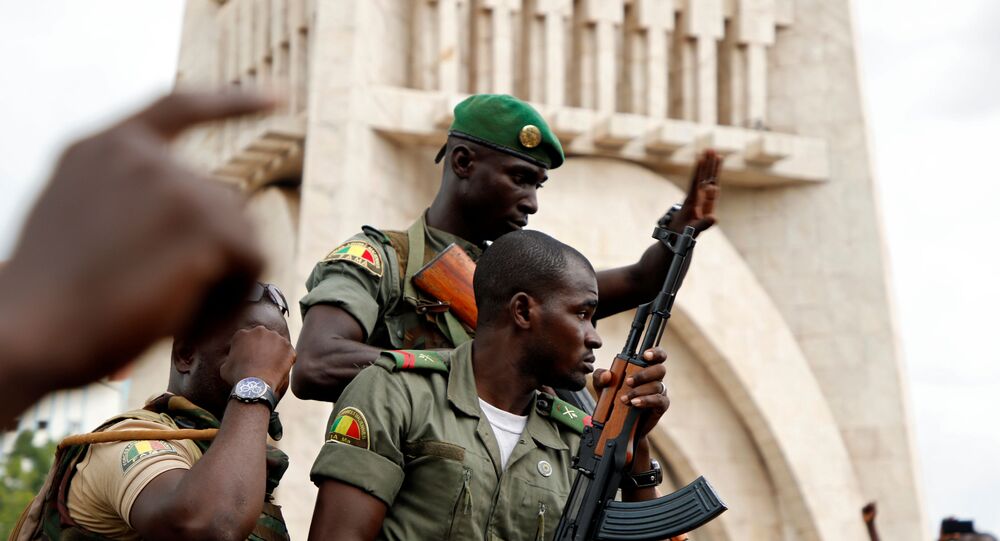 MOSCOW (Sputnik) - Mali will set up a transition council that will be headed by "a transition president", who can be either a military or a civilian following the military coup in the country, spokesman for the National Committee for the Salvation of the People Colonel Major Ismael Wague said on Thursday in an interview with France 24 broadcaster.

"We are already meeting with forces [from Mali's civil society, opposition] to set up a transition council with a transitional president who will be either a soldier or a civilian", Wague said.

The National Committee for the Salvation of the People was set up by the rebel military leaders following the coup earlier this week as Mali’s new governing body.

Meanwhile, the Economic Community of West African States has decided during its extraordinary summit on the situation in Mali on Thursday to send a delegation to the country to restore constitutional order, according to France's RFI broadcaster.

In particular, the ECOWAS is set to hold talks with representatives of Mali's rebels to explain that "the time of coups d'etat is over". Regional emissaries will also seek the reinstatement of President Ibrahim Boubacar Keita.

On Tuesday, a group of Malian officers, reportedly led by deputy head of the Kati Base Colonel Malick Diaw and General Sadio Camar, staged a mutiny at the Kati military base near Bamako, the capital of Mali, demanding political reforms and fair elections.

The rebels said they had detained several high-ranking officials, including President Ibrahim Boubacar Keita and Prime Minister Boubou Cisse. Keita subsequently announced the resignation of the government and parliament.