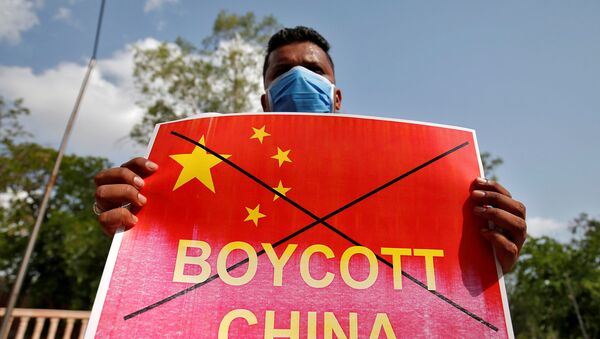 A fifth round of negotiations on a quick separation of forces on the de facto line of control took place nearly two months after Indian and Chinese troops engaged in a deadly standoff in Ladakh. According to some observers, India's steps are strategically pointless and can be compared with US efforts to contain China.

How Long Will the Negotiations Last?

The fifth round of talks on reducing border tensions at a high military level took place at the Moldo Border Post on Chinese territory earlier this week. India's NDTV reported, citing sources in the army, that the Indian side was seeking a complete separation of forces in Ladakh, as well as a restoration of the status quo in the area. Earlier, both sides noted some progress in the negotiations, but the withdrawal process hasn’t yet finished.

MSU expert Boris Volkhonsky pointed out that there are still long negotiations ahead.

"It's hardly possible to talk about border demarcation now, however, the parties agree, up to some figures, how many servicemen from both sides should be deployed at specific fingers along the line of control. These are purely technical issues that are being resolved at the level of military and logistics specialists. It is difficult to say now how many rounds of negotiations there will be". 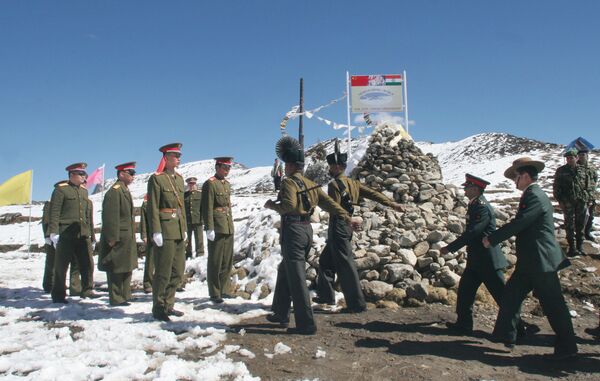 Before the fifth round of border consultations, Bloomberg reported, citing top Indian officials, that New Delhi had planned to deploy an additional 35,000 troops along the disputed border with China in the Himalayas.

Anonymous Indian sources admitted that the move would change India's status quo at the border and increase the military budget. According to officials, the situation required additional units, since the India-China border agreement was not being implemented.

On 29 July, the first five Rafale fighters purchased from France landed in India. AFP noted that Indian Defence Minister Rajnath Singh used the fighters' arrival to send a veiled warning to China. The minister called the event "the beginning of a new era" in Indian military history.

"If anyone is worried about this or criticises this new potential of India's Air Forces, it must be those who want to threaten our territorial integrity", Rajnath Singh said. He didn’t mention China, but both media and observers believe that his comments were clearly directed at India's neighbour, AFP noted.

Boris Volkhonsky doesn't rule out that the signal could have been sent to Pakistan as well:

"The fact that India is enhancing its defence potential is no secret. This is not only about relations with China, but also about relations with another neighbour, Pakistan. We are also talking about India raising its status as at least a regional and, in the long term, a global power. As for the additional troop deployment, this is some kind of demonstration of force, a gesture showing that India is going to conduct border negotiations, but doesn't renounce its national interests on the principle of wish for peace, be prepared for war".

Yu Long'yu, head of the Centre for Indian Studies at Shenzhen University, considers India's military activity to be strategically pointless:

"China and India need to maintain a mutual strategic determination, entailing careful consideration and resolving border issues from a long-term perspective. The best solution today is to disengage the opposing forces along the line of de facto control, while the problem should be fundamentally resolved. As global civilisations, China and India should adhere to the principle of peace as the most important postulate". 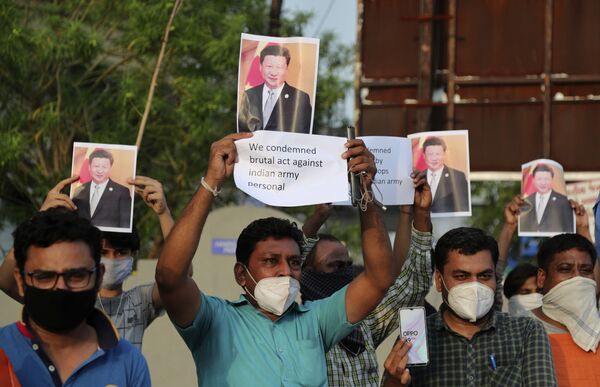 "Their confrontation will cause enormous damage to the interests of the peoples of the two countries. India purchasing weapons from France and sending additional units to the border is strategically pointless. Moreover, it could harm the interests of the Indian people. At the same time, India pays for weapons with taxes of the population, and military personnel can easily suffer losses in a conflict".

Chinese is No Longer Recommended

This week, India's Ministry of Education is going to rethink its decision to establish Confucius Institutes together with seven local colleges and universities. It also plans to revise 54 memorandums of understanding signed by prestigious educational institutions in India and their Chinese partners.

At the same time, Indian media earlier reported that the Chinese language is not included in the list of foreign languages offered for studying. Volkhonsky draws parallels with the US actions to contain China.

"This is precisely due to the spiral of tensions in Sino-Indian relations. These are asymmetric steps, which are somewhat reminiscent of what the United States is doing, banning cooperation with China, with certain companies, as well as purchasing technology. In this case, in India, it is about the soft power sphere. This measure is aimed at limiting the possible growth of pro-Chinese sentiments in Indian society".

Yu Long'yu believes that many problems in Sino-Indian relations are linked to a lack of mutual trust, despite active contacts at the highest level:

"The leaders of China and India share a deep friendship, a valuable asset that we should use. Moreover, this year marks the 70th anniversary of diplomatic relations between the two countries. We should celebrate it in a friendly atmosphere, not in conflict. For Sino-Indian relations to develop, first of all, the border issue needs to be discussed". 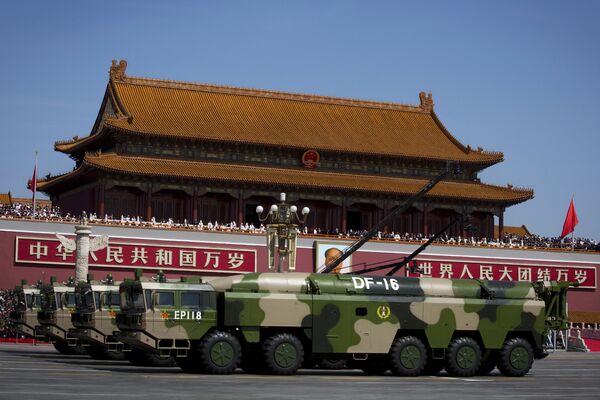 "At the same time, the parties shouldn’t focus only on this, but proceed from the general need to strengthen mutual visits and exchanges. Lack of mutual understanding is at the heart of many of the problems between China and India. If we manage to overcome the lack of trust, many problems can be resolved".

According to experts, the lack of military trust in Sino-Indian relations is evidenced by a Sunday publication in the Hindustan Times, saying that the Indian government had already asked its embassies in the United States, Russia, and Europe to find manufacturers and make emergency purchases of uniforms for mountain units and winter tents.

In case of an equipment shortage, it's planned to redirect equipment, intended for the military base station deployed by India on the Siachen Glacier, to the Indian-Chinese border.

The publication also cites an anonymous Indian military man, who admitted that "we don't trust the Chinese and fear that they will return north of Lake Pangong Tso in the summer of 2021". Although the PLA has carried out a mutual withdrawal of troops at points of contact in Galwan and Hot Springs, small military units are still deployed at the Gogra patrol point, from where it’s possible to reach Lake Pangong Tso, the publication said.