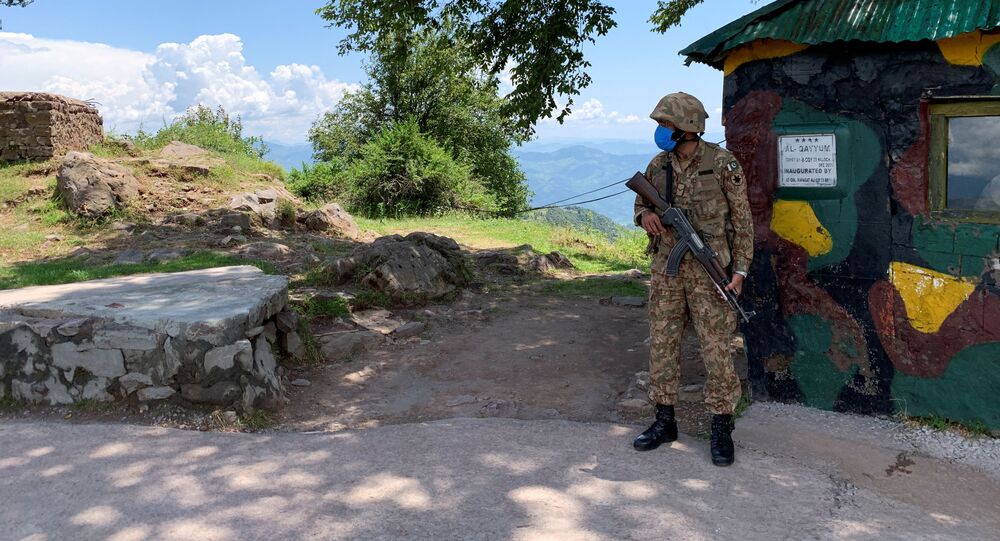 New Delhi (Sputnik): India’s arch-rival, Pakistan has been aggressively flagging the issue of “human rights violations” in Indian-administered Kashmir at international forums, seeking intervention over the matter of the Narendra Modi government revoking the semi-autonomous status of Jammu and Kashmir.

Pakistan's attempt to involve the United Nations in Jammu and Kashmir has not borne fruit and has been strongly refuted by India at every turn, said T. S. Tirumurti, Permanent Representative of India to the United Nations on Tuesday.

“Pakistan's attempt fell flat. Even the UN Secretary-General, in his statement last August, clearly referred to the 1972 bilateral Shimla Agreement. Consequently, Pakistan’s efforts haven't met any traction in UNSC. Even if Pakistan persists, there are no takers here in the United Nations”, said Tirumurti lashing out at Pakistan.

Tirumurti underlined that there has been no formal meeting of the Security Council on the India-Pakistan issue since November 1965 contrary to what Islamabad’s Foreign Minister Shah Mehmood Qureshi claimed.

Qureshi on Monday visited the Line of Control (LoC) with Defence Minister Pervez Khattak and others to show solidarity with Kashmir ahead the 5 August anniversary. He claimed during his address near the Line of Control that the UN Security Council has been holding meetings on the Kashmir issue.

"India is now isolated, Iran has kicked out India from [its port of] Chabahar, Nepal also claimed its territory and what happened with India in Ladakh, the world also saw it", Qureshi said in his address at the de facto border, dividing India and Pakistan.

The Indian diplomat held Pakistan responsible for sponsoring terrorism in the world, attempting to internationalise the bilateral issue of Kashmir and spreading “infodemic” against India regarding the COVID-19 pandemic.

Tirumurti highlighted the UN's 26th report of the Analytical Support and Sanctions Monitoring Team concerning ISIS, saying that Pakistanis have held leadership positions and funded terrorist groups across the globe.

“It is a well-known fact that Pakistan is the nerve centre of terrorism. Pakistan is home to the largest number of listed terrorists, internationally designated terrorist entities and individuals, including Jamaat-ud-Dawah, Lashkar-e-Taiba, Jaish-e-Mohammad, and Hizbul Mujahideen", he added.

Pakistan has been on a diplomatic offensive on Kashmir, alleging human rights violations in the region since India revoked the temporary special status of Jammu and Kashmir on 5 August 2019. Article 370 of the Indian Constitution, a temporary status that guaranteed Kashmir's semi-autonomy, was scrapped by the Bharatiya Janata Party-led government.  It also divided the state into two federally-administered regions, Jammu and Kashmir, and Ladakh.

Pakistani Prime Minister Imran Khan has made several attempts to garner international support on Kashmir at the United Nations Security Council (UNSC), where it was only supported by Turkey and China.