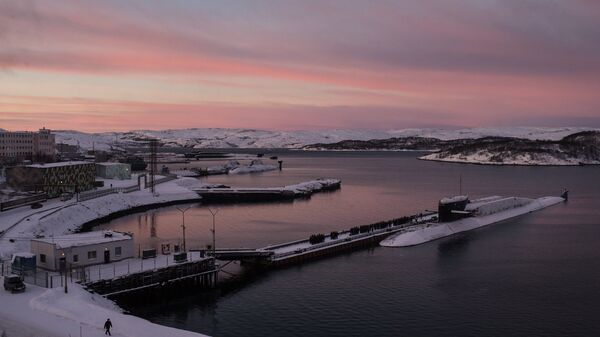 © Sputnik / Ramil Sitdikov
/
Go to the mediabank
Subscribe
International
India
Africa
Norwegian Naval Academy researcher Ida Holst-Pedersen Kvam has warned that in the event of a conflict, Russia will be able to gain control of Norway's northernmost Finnmark County without even going in with ground forces. Instead, she argued, the Lofoten archipelago has emerged as a new military focal point.

From the Cold War-era onward, the Norwegian Armed Forces have planned for a Russian invasion to start in Finnmark County, which borders Russia's Murmansk Oblast and the Kola Peninsula. According to a Norwegian Naval Academy researcher, however, the situation has changed and the planning of the past 60 years is outdated.

“Norway and NATO seem to be planning for the wrong scenario,” researcher Ina Holst-Pedersen Kvam told national broadcaster NRK. “It is not a given that it is necessary to occupy Finnmark to secure Russian interests in a major war with NATO. Soviet war plans, which included the occupation of Finnmark, were developed under a different situation and significantly different technological conditions than today.”

Kvam called this perspective “old-fashioned”. According to her, NATO's elevated activity in northern waters, particularly the 2018 Trident Juncture exercise that featured an US aircraft carrier, spurred a change in Russia's planning, with the Lofoten archipelago in Nordland County emerging as the new focal point.

“It is probable that Russia interpreted the aircraft carrier's presence as confirmation that Lofoten is again relevant in American war plans, and adjusted its military activity accordingly. It was only afterwards that they pushed the exercise activity further west, especially around Lofoten”, Kvam said, citing “largely unprotected coastal areas with deep fjords and large mountains” south of Finnmark.

By contrast, by occupying Finnmark, which is characterised by flat terrain and minimal radar shadow, Russia risks large losses with minimal military gain, she mused.

“If Russia plants its long-range missile systems in Lofoten, they will control large parts of northern Norway and sea areas even further west. In addition, the Army's forces in Troms and Finnmark will be isolated from the rest of Norway,” Kvam said.

According to Kvam, who addressed Russia's development of weapons and strategy in a peer-reviewed article, Norway and NATO don't take into account significant changes in weapons technology, strategy and tactics on the Russian side and thus risk missing out completely in a future conflict.

While the Norwegian Army is still largely preparing for a land-based attack by adding a new Porsanger Battalion and a new Border Guard company, in the words of the operations chief at the army staff, Colonel John-Olav Fuglem, “to prevent and in the worst case receive a hostile attack”, Kvam believes that Russia will be able to gain control of Finnmark without going in - with ground forces.

“Today, Russian weapons systems have a range that covers the entirety of Finnmark. Thus, Russia, without the use of ground forces, can control the airspace over Finnmark and at the same time destroy critical infrastructure such as airports, quays and radars. In this way, Finnmark can no longer be used by Western allies, and Russia has been given the buffer zone they need to secure their nuclear capability in the north,” says Kvam.

As Russia is building up its capacity for coastal war, Kvam warned that Norway and NATO may end up lagging behind.

“NATO's focus in recent decades has shifted to crisis management and operations far away from the Alliance's own territory. This has affected the allied capacity for warfare along the coast,” Kvam said. “In stark contrast, Russia is planning the exact opposite, with the emergence of a significant coastal power that can exploit Norwegian and Allied weaknesses along the coast.”

However, Kvam's point wasn't shared by the Norwegian command. According to the Norwegian Chief of Defence, a land attack on Finnmark in a war situation may still be expected.

“The value of Finnmark in a strategic context has not changed significantly since the Cold War,” Admiral Haakon Bruun-Hanssen assured. “I don't think I see concrete things on the Russian side that indicate that Lofoten is a more relevant scenario than Finnmark,” he added.

“Finnmark will be extremely important for the Army and Norway, at all times,” Colonel John-Olav Fuglem said.

Relations between Oslo and Moscow have become more and more strained in recent years, not least due to reciprocal spying accusations, stern military analysis and mutual military build-ups. Oslo is increasingly wary of the Russian military upgrade in the Barents Sea area, whereas Russia is alarmed by Norway's widening cooperation with the US and its NATO allies, which includes, among others, the upgrade of the polar radars in Vardø and a rotating deployment of US marines, which Moscow sees as a provocation.