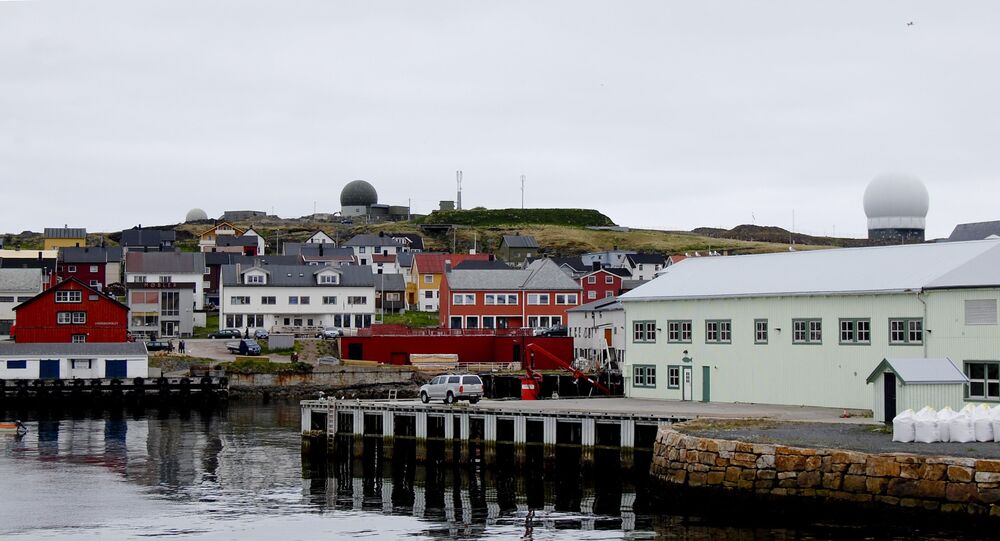 As the US radar system in Norway's northernmost Finnmark County, located 28 kilometres from the Russian border, is being upgraded with brand new equipment, locals are becoming increasingly wary and insecure.

The upgrade of the US radar in the polar Norwegian town of Vardø is sparking discontent among locals, national broadcaster NRK reported.

This past weekend, the 153-metre US freighter Ocean Freedom arrived at Vardø with a second load of intelligence equipment directly from Portland, Maine.

Vardø's entire quay was closed off with tall metal fences. The area was heavily guarded by military and civilian personnel. The largest portion of the special delivery was escorted by the police with blinkers.

This was not a welcome sight for the residents of the fishing village, who feel increasingly drawn into a superpower struggle against their will.

Local resident Stig Nilsen described the situation as “pure warfare”. He suggested that the US equipment may be used to jam Russian aircraft.

“It is a threat to the town simply. It is absolutely terrible,” Nilsen told NRK.

Another local man, Asle Kristiansen, questioned the legality of the upgrade, pointing out that there are 2,000 people living around the new radar.

“How are we supposed to save lives if something happens, I can't understand. We won't get anything for it in return either. I see only downsides to the whole thing”, Kristiansen mused. “It makes the entire community here in Vardø insecure. You just get confused and sad when you think about it.”

Ronny Bjørklund, who lives 200 metres from the radar systems, sees all of Vardø as a bomb target.

“First of all, this is a provocation against our neighbours in the east. Second, we are a bomb target, should anything happen. It's not good at all,” Bjørklund said.

Vardø Mayor Ørjan Jensen said that while “personally not concerned”, he could understand the resident's worries. He even ventured that a “sharp situation” may arise.

“The radar system is a thorn in Russia's eye. It is not entirely unlikely that such a situation could arise in Vardø,” Jensen mused.

Jensen said he expected the Defence Ministry to take measures to both improve the safety around the radar system and bolster measures in case of evacuation.

The Defence Ministry is aware of the local criticism. By its own admission, the ministry works “in good dialogue with the municipality”. According to the ministry, the radar system is important for “safeguarding Norway and its national interests”, as it “has made significant contributions”.

According to senior Defence Ministry adviser Marita Isaksen Wangberg, the modernisation, which has been underway for several years, won't change the radar mission or somehow increase military tensions in the north.

Due to its proximity to the Kola Peninsula and the Barents Sea, home sea to Russia's Northern Fleet, Vardø has housed the US radar Globus II. While it is officially used for tracking space junk, its suspected role in the US anti-missile system and capability of building a signature database of Russian missiles have made it a chronic thorn in Norwegian-Russian relations. An upgraded and more powerful radar called Globus III has been under construction since 2017.

Both radars been a perennial source of controversy for Vardø residents. Despite the mounting criticism, they provide much-needed jobs for the fishing village, whose present-day population of 2,100 is half what it was in the 1970s.

Spy Frode Berg, Released by Russia in November, Says Was Set Up by Norwegian Security Services