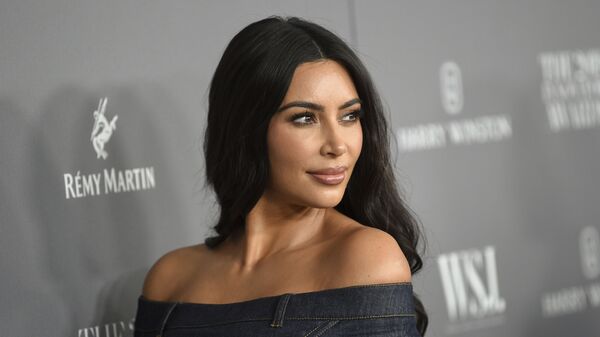 © AP Photo / Invision/Evan Agostini
Subscribe
Addressing her sizeable social media following, Kim argued that those familiar with mental illness or compulsive behavior “know that the family is powerless unless the member is a minor”.

Reality TV star and popular social media personality Kim Kardashian has stepped forward to address the situation with her husband, rapper Kanye West, in the wake of the latter's Twitter outburst directed at her and her mother Kris Jenner.

Earlier, Kanye went on to dub his mother-in-law "Kris Jong-Un", while in another tweet he appeared to imply that his wife had cheated on him with rapper Meek Mill, and that he's been trying to divorce her "since Kim met with Meek at the Warldolf for ‘prison reform’."

In response, Kim spoke to her social media audience via Instagram Stories, noting how her husband has a bi-polar disorder, adding that while she has been so far reluctant to speak about it publicly, she now feels that she should do it "because of the stigma and misconceptions about mental health". 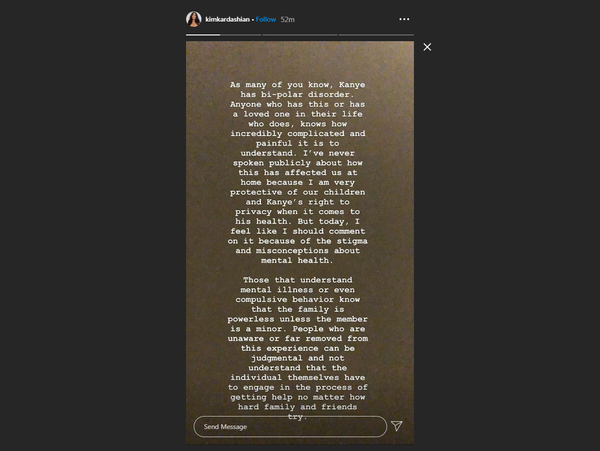 "Those that understand mental illness or even compulsive behavior know that the family is powerless unless the member is a minor", Kim wrote. "People who are unaware or far removed from this experience can be judgmental and not understand that the individual themselves have to engage in the process of getting help no matter how hard family and friends try". 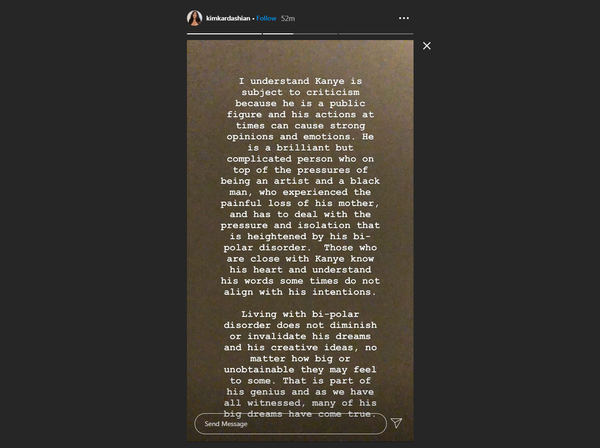 Noting that Kanye is "subject to criticism because he is a public figure and his actions at times can cause strong opinions and emotions", she described her husband as "a brilliant but complicated person who on top of the pressures of being an artist and a black man, who experienced the painful loss of his mother, and has to deal with the pressure and isolation that is heightened by his bi-polar disorder". 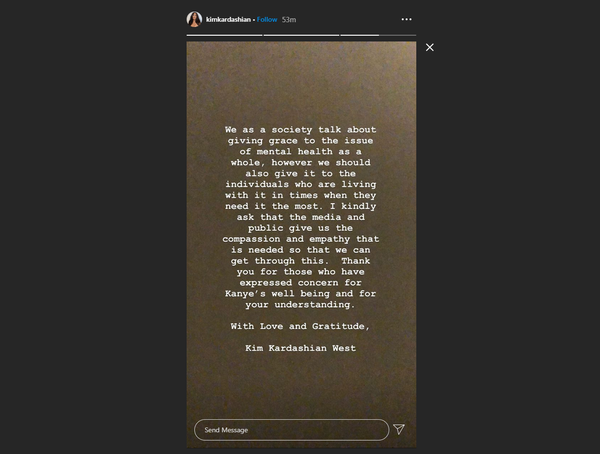 "I kindly ask that that the media and public give us the compassion and empathy that is needed so that we can get through this", she added. "Thank you for those who have expressed concern for Kanye's well being and for your understanding".

000000
Popular comments
The kardashians certainly arent newsworthy. Sputnik please stay focus on urgent stories. We depend on you.
Katya
22 July 2020, 21:15 GMT4
000000
She sure didn't mind marrying a lunatic