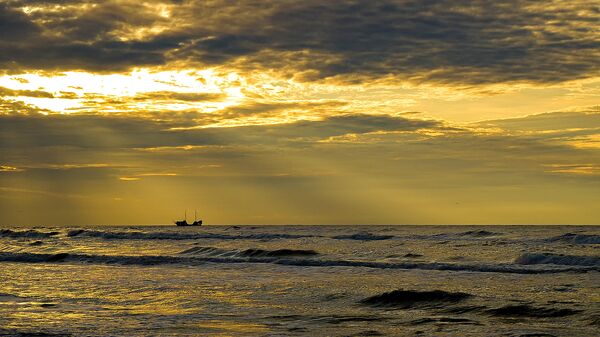 According to a recent investigation, a bridge linking the northern cities of Umeå, Sweden and Vaasa, Finland would be up to 76 kilometres long and cost up to $5.5 billion.

An investigation by Finnish experts has developed concrete proposals for a bridge over Kvarken, a narrow part of the Gulf of Bothnia separating Finland and Sweden.

According to Esa Eranti, an expert in water construction, and Antti Talvitie, an expert on transport issues, a bridge would cost between SEK 30-50 billion ($3.3-5.5 billion) and be around 60-76 kilometres long.

The experts suggested two variants, from Björköby to Ostnäs or between and Klobbskat. Either one would shorten the trip from the Finnish city of Vaasa to the Swedish city of Umeå to one hour. Currently, the two cities are linked with a ferry line.

“Ship traffic is sensitive to disturbances, such as strikes. For goods north of Tampere, the Kvarken connection would save a lot of time, more than ten hours when you avoid the ferry timetables,” Antti Talvitie told the newspaper Vasabladet.

​The proposal has been positively received by the Kvarken Council.

“We think it is gratifying that experts outside the region see the potential in this, and we are happy to take a closer look at this,” Mathias Lindström, the head of the Kvarken Council, said about the prospective Kvarken bridge.

A bridge over Kvarken has been discussed several times over the decades, but in recent years the idea has been largely put on ice.

“We have done several investigations around a bridge, but in the last ten years we have mostly focused on the ferry connection. A bridge is not a short-term project and until we have a bridge in place, it is good that we have invested in ferry transport,” Mathias Lindström explained, stressing the need for the region to develop the infrastructure in order to bolster the business community.

Social Democrat MEP Erik Bergkvist ventured that it would “completely change the transport options in northern Scandinavia”, as well as “save both time and the environment”. At the same time, he stressed to national Swedish broadcaster SVT that the bridge will take 20-30 years to complete.

Previously, the Finnish and Swedish governments called the idea far too expensive, as the area is relatively sparsely populated and has little natural value. Additionally, both coastal cities are relatively small (Umeå is a city of 115,000 people and Vaasa has 55,000), compared with Malmö and Copenhagen, which joined by the Öresund bridge form the Öresund Region, with a population of 4 million. Lastly, part of the strait of Kvarken is a UNESCO World Heritage Site.