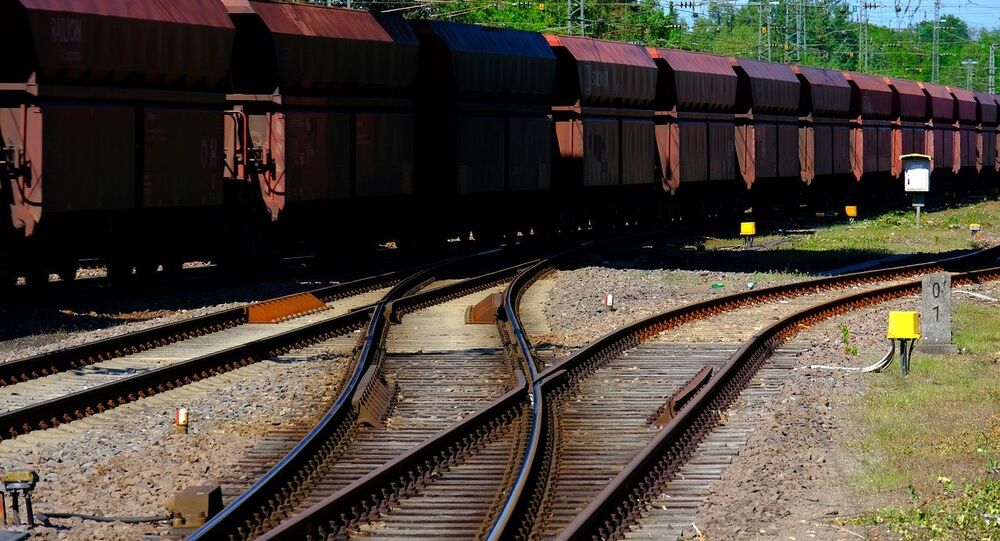 The Arctic Link, a railway connection between northernmost Finland and Arctic Norway currently under consideration, is hoped to improve Scandinavia's trade links to China via the Northern Sea Route alongside Russia's coast.

A recent Finnish study has found a 500-kilometer railway linking Rovaniemi with Norway's coastal city of Kirkenes to be the most feasible way of boosting bilateral trade, obtaining an Arctic connection and, arguably most importantly, making use of the soaring trade with China via the Arctic Ocean, Norwegian national broadcaster NRK reported.

Finnish Transport Minister Anne Berner argued that the Rovaniemi-Kirkenes railway would drastically improve Finland's logistical position, accessibility and the security of its supplies, while also admitting that the route to the Norwegian coastal town would still require joint research, despite providing a welcome alternative route to the Baltic Sea.

The decision to select the Kirkenes route was taken jointly with Norwegian officials, including Berner's counterpart Ketil Solvik-Olsen, who also hailed the emerging opportunities for the High North.

"The Arctic link is an important project, as it would more securely connect the continental countries of Europe with Arctic areas. A railway connection would improve the commercial prospects of several businesses in the northern area," Berner told national Finnish broadcaster Yle.

The route connecting Rovaniemi with Kirkenes via the Finnish city of Sodankylä, was estimated to carry a price tag of €2.9 billion ($3.6 billion), of which Finland would pay about €2 billion, with Norway contributing the remainder. Berner also stressed that the study has taken things like reindeer husbandry and environmental issues into consideration. In the future, the railway will be discussed in more detail with the indigenous Sami population.

On the Norwegian side, expectations are just as high, as NRK described the Northern Sea Route as likely to become the new "main road" between Europe and Asia.

Sør-Varanger Mayor Rune Rafaelsen also voiced his pleasure, saying he was particularly looking forward to the link to the Asian market, above all, that in China.

"Major decisions are required, there are huge costs, and one must have huge goods volumes to defend such an investment. I believe this is perfectly feasible, but the prerequisite is that you use the Northern Sea Route," Rafaelsen said.

The Kirkenes variant was preferred to four alternatives, one of which included a direct railway to Russia's Murmansk, the world's largest Arctic port and the starting point of the Northern Sea route.

This tanker can break through ice up to 1.8m thick, and is said to be the 1st ship to tackle the #NorthernSeaRoute during winter unassisted https://t.co/20uYjTHJV5 #Yamal #LNG #climatechange #Arctic @ArcticCouncil #GlobalTrade #SeaIce #Russia @q_worldeconomic pic.twitter.com/3Xx4kXadfj