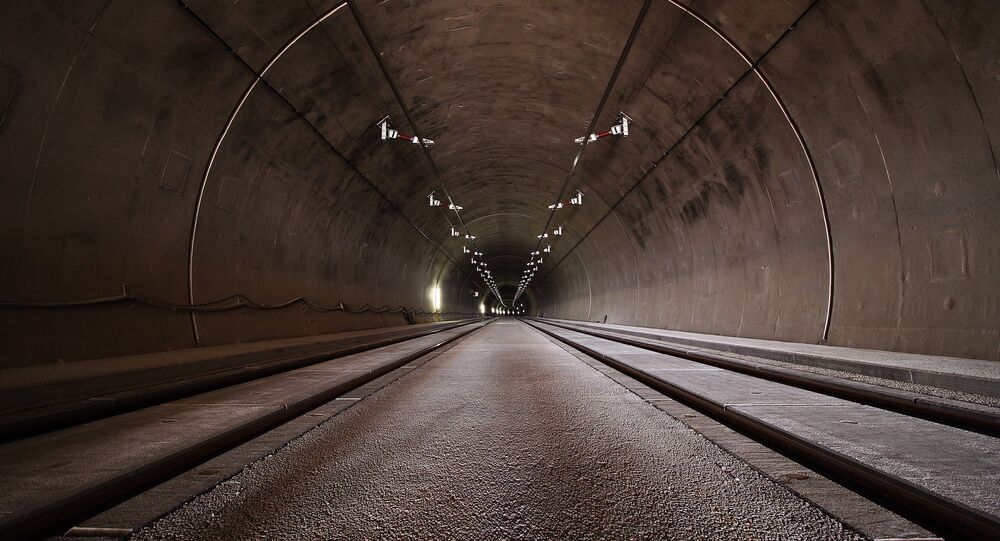 The idea of a nearly hundred-kilometer railway tunnel through the rocky seabed of the Baltic Sea, long dismissed as "pipe dream," has suddenly gained momentum, with two separate projects vying for investment.

A Helsinki-Tallinn tunnel would cost up to €20 billion and reduce the travel time between the cities to just 30 minutes at the cost of €18 per ride, an EU-funded feasibility study of an undersea railway link between the capitals has indicated.

The project, which is expected to feature the world's longest tunnel, spanning over 80 kilometers, would greatly exceed the 57-kilometer Gotthard Base tunnel in the Swiss Alps. It would have capacity for some 40 passenger trains, 11 car trains, 17 lorry transporters and 3 freight trains, the final report by the FinEst link project presented in Tallinn during a seminar attended by Estonian Prime Minister Jüri Rutas, both countries' transport ministers and the mayors of Tallinn and Helsinki.

FinEst Link Project Director Kari Ruohonen argued that the project would benefit the twin-city integration of Helsinki and Tallinn, which are currently linked by numerous ferry lines.

​"Geographically Finland resembles an island, and the tunnel would offer a connection to the Central European rail network," Ruohonen argued in a press-release.

The tunnel, which would be located 215 meters below sea level at its deepest, would cost "between €13.8 billion and €20 billion" to build. Its construction would begin in 2025, a year before the scheduled opening of the Rail Baltica high speed rail linking Warsaw, Riga, Vilnius and Tallinn, and be ready in 2040.

The #Helsinki-#Tallinn railway tunnel would bring major benefits and strengthen the international accessibility of both capitals remarkably. Read the #FinEstLink-report 👉 https://t.co/oBNU8AxpsP pic.twitter.com/zpE5ZV23K7

​According to the report, the tunnel would increase journeys between Helsinki and Tallinn to a mind-blowing 23 million passengers each year, a ten-fold increase from the current traffic and 23 times the combined population of "Talsinki." At present, Helsinki has a population of 620,000, compared with less than 400,000 inhabitants in Tallinn.

In addition, it would contrast with the existing railways in Finland and Estonia, which both use the "Russian" 1,524mm gauge. The FinEst link would use the standard European 1,435mm gauge, which would require a change of gauge or immediate freight handling.

FinEst models itself as a public project and envisages both European and national, local and regional government funding. It is a separate project from that led by Peter Vesterbacka, formerly of the Finnish gaming giant Rovio, which would involve private funding and Chinese investors.

By contrast, Vesterbacka promised to start construction already this year, while the authorities were "trying to distinguish between dream and reality."

"We are already in the process of planning and getting environmental permits. Why wait? The tunnel will be ready in 2024," Peter Vesterbacka pledged in an interview with the Hufvudstadsbladet daily.

Vesterbacka's trains are promised to have a max speed of 300 kilometers per hour, as opposed to "only" 200 in the rivaling project.

"Why should we drive slower than the Chinese?" he asked rhetorically.

Vesterbacka estimated the project cost at about €15 billion, pledging it would pay off in three to four decades.