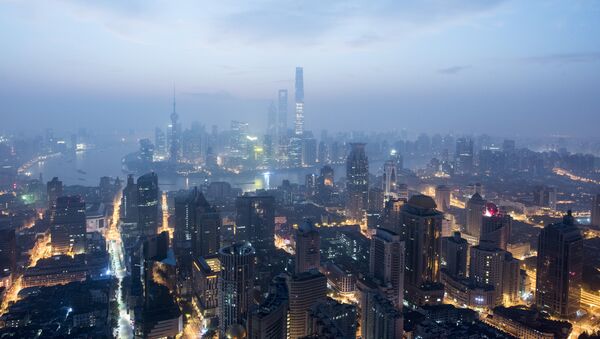 Demond Cureton
All materialsWrite to the author
China's massive tech exchange will turn a year old on 22 July after President Xi Jinping launched it to boost the nation's domestic industry, with the platform surging in foreign capital in July as investors bet on the mainland's semiconductor and emerging technologies markets.

The trading board is second after the US NASDAQ but has surpassed Hong Kong Stock Exchange (HKEX), figures show.

Chinese Chip Firm SMIC To Double Shanghai Stock Listing In Largest Sale in Decades Amid US Trade War
Fundraising on the new exchange follow measures from Beijing to reform its stock market, including registration-based IPO systems and listings for loss-making firms, among others, the South China Morning Post reported on Wednesday.

The board focuses on numerous emerging technologies such as artificial intelligence (AI), biotech, renewable energy, cloud computing and others, as well as lowers restrictions to China's investment market for tech startups.

According to the SSE website, 25 initial companies were listed on the SSE STAR Market on 22 July last year after an official launch.

The report comes as massive investment on the board has boosted the Shanghai Composite Index 13 percent in July, with foreign capital began flooding its Stock Connect programme linking the mainland and Hong Kong indexes. Falling interest rates caused by central bank monetary easing in the United States and Europe fuelled investments, the report said.

“The recent rally in China’s stock market lifted investors’ sentiment, while the Star Market also drew some listings away from the main board. The listing requirements are much looser, and the process is also quicker," Atta Capital portfolio manager Alan Li said as quoted by the SCMP.

Heavy is the Head: China's State Council Pledges $1.4tn to Take Top Spot From US as Global Tech King
The news comes after China's top chipmaker, Semiconductor Manufacturing International Corp (SMIC), listed itself on the STAR market with a $7.5bn IPO, the world's largest public offering in decades.

The tech firm began mass producing chips for Huawei smartphones amid the Trump administration's restrictions on access to US semiconductor technologies, prompting Taiwan Semiconductor Manufacturing Corp to halt shipments to the Chinese tech giant after the sanctions enter force in September.

The IPO follows a State Council pledge of $1.4tn to boost the mainland's domestic technologies, including AI, 5G and 6G, green energy, infrastructure and others to tackle the ongoing COVID-19 pandemic and US trade war with Beijing.