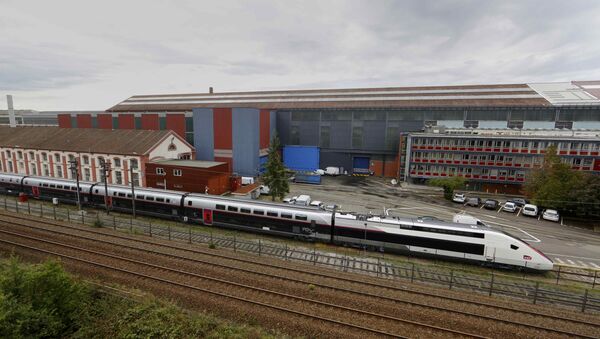 As the COVID-19 pandemic revealed failings in the EU bloc’s mechanisms for jointly tackling crisis situations, member states are being increasingly urged to rally together, with European solidarity touted as "a lasting investment".

The idea of a high-speed “hospital train” as a joint European military project is being touted by German defence minister Annegret Kramp-Karrenbauer, reports Euractiv.

The COVID-19 pandemic has shown the need to re-evaluate military threat perceptions across the continent, said the official at an online event on 8 July while mapping out the German EU Council Presidency security and defence priorities for the next six months.

The global coronavirus pandemic, according to the German defence minister, laid bare shortcomings in the European bloc’s crisis response, underscoring the urgency of hammering out a plan to gear the EU to ward off similar pandemics or events potentially entailing large numbers of seriously injured.

A “hospital” bullet train” [Krankentransportzug] under the EU’s Permanent Structured Cooperation (PESCO), which is part of the European Union's security and defence policy (CSDP), could be successfully used to carry out sweeping medical evacuation operations, suggested Kramp-Karrenbauer.

Germany and France are reportedly in talks on making such a project reality. 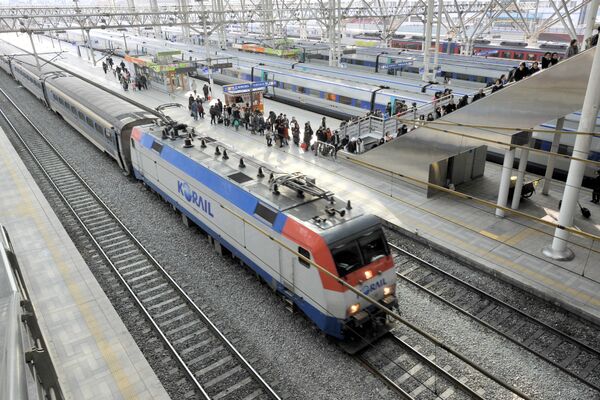 Mugunghwa train (front) is seen as passengers get off a train of the Korea Train eXpress (KTX), South Korea's high-speed rail system based on the French TGV/LGV system.
© AFP 2022 / JUNG YEON-JE

The two countries, who seem to have put aside their differences to jointly work on European response to the health crisis, with an initiative to create a recovery fund of at least €500 billion ($565 billion) to rescue worst-affected member states, are mulling developing a railway version of the French MedEvac aircraft used for evacuation. Such a modified “hospital train” could become an efficient tool “for relocation across Europe”, said Kramp-Karrenbauer.

“What we imagine are… rolling intensive care units, that is, railway carriages that can also be converted for this purpose and that can be attached to any locomotive,” the German defence minister was quoted as saying.

As she elaborated on the proposed project, the minister underscored that the idea was not new.

​One of France’s high-speed TGV trains, normally used to take travellers and tourists around the country, was equipped to transport coronavirus patients from the country’s heavily effected east to hospitals in the west, reported France 24.

​Each carriage has a medical team including an intensive care doctor, an anaesthetist and three nurses.

The German proposal was announced as ambitious policy initiatives are entering a decisive phase, with EU member states urged to link their capabilities “more closely and intelligently” to deal with evolving threats in the future, be it health pandemics or other security and defence challenges .

German Chancellor Angela Merkel, speaking at the European Parliament on 8 July, outlining key tasks to be addressed during Germany's presidency of the EU Council, referred to European solidarity as "a lasting investment".