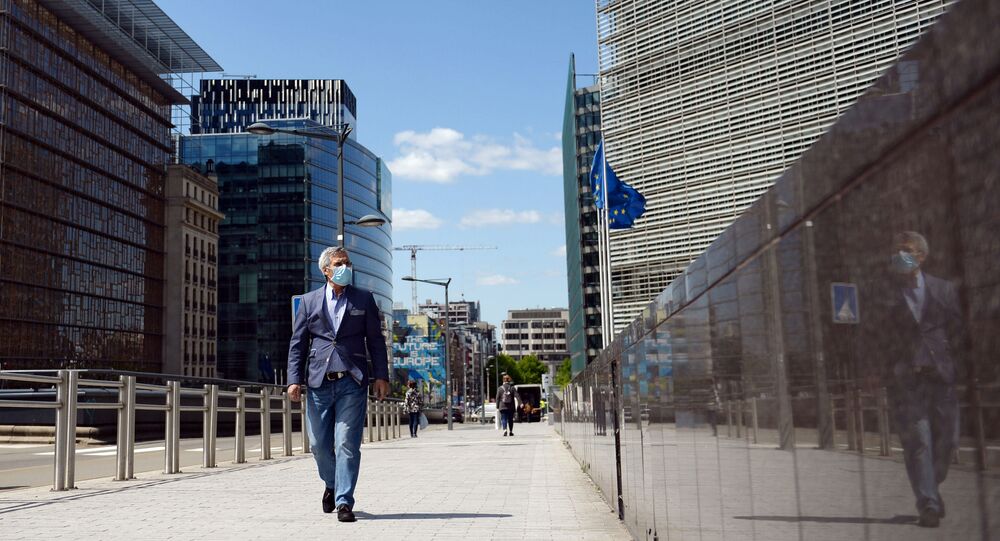 Last week, German Chancellor Angela Merkel and French President Emmanuel Macron proposed that a hefty recovery fund should be set up to shore up EU economies struggling with the impact of the coronavirus pandemic.

“We now have a new situation. If Europe wants to have any chance at all, it must now show solidarity and demonstrate that it’s capable of acting. Germans have a huge interest in seeing Europe get back on its feet”, Schaeuble was quoted by the German newspaper Welt am Sonntag as saying on Monday.

The ex-German Finance Minister, who reportedly remains an influential figure within Chancellor Angela Merkel’s Christian Democratic Union, pointed out that he “argued very much in favour” of the plan during internal discussions, adding that one should not be concerned over the blueprint possibly posing a moral-hazard risk.

“No, because the member countries aren’t just getting money with which they can do what they want. Rather, there will be programmes by the European Commission and it has to strictly control whether the money is put to proper use”, he told Welt am Sonntag.

He added that the proposal does not stipulate that “we aren’t mutualising old debt”, adding, “rather, the idea is that the EU Commission pushes ahead with Europe’s economic recovery”.

The interview comes after the plan was proposed by Merkel and French President Emmanuel Macron during EU virtual talks on 18 May.

Under the blueprint, the bloc’s 27 members would jointly borrow on financial markets to offer grants rather than loans to the European Union's hardest-hit sectors and regions. The suggested €500 billion would be in addition to the €1 trillion EU budget for 2021-2027.

Merkel admitted the proposal was a "short-term" one, with further long-term solutions slated to be taken up in the coming weeks. "Due to the unusual nature of the crisis we are choosing an unusual path”, she emphasised.

Macron, for his part, noted that the joint proposal by Paris and Berlin underscored “the necessity of this response, the mechanism for it, and its scale”.

He added that the two sides had sought to ensure greater unanimity for the upcoming vote by the 27 member states on the European Commission’s own proposal for a Recovery Fund, scheduled for 27 May.

Earlier, Italy and Spain favoured grants to be used for helping ailing economies, while the governments of Germany, Austria, and the Netherlands had rejected linking their finances to nations with very high public debt. They underlined that they preferred the economic recovery to be stimulated by loans, ruling out risks for their own taxpayers.

Optimistic Side: EU COVID-19 Vaccine Likely in 2021 as Nations Race for Cure 'As Soon As Possible'