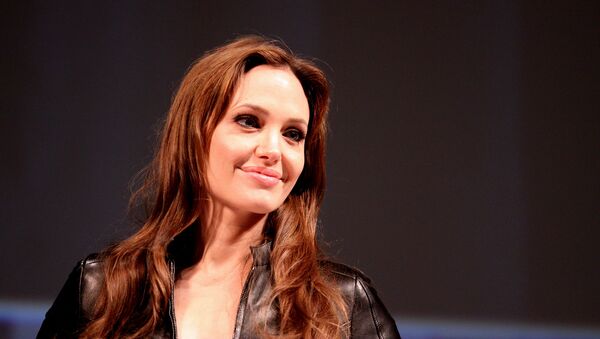 CC BY-SA 2.0 / Gage Skidmore / Angelina Jolie
Subscribe
Nicknamed "Brangelina" by fans, for over a decade Hollywood sweethearts Angelina Jolie and Brad Pitt made history as one of Hollywood’s most iconic couples, while their subsequent breakup in 2016 sparked intense speculation and rumours.

Hollywood celebrity Angelina Jolie, 45, has lifted the veil of secrecy and speculation around her divorce with cinema heartthrob Brad Pitt in 2016.

The Academy Award-winning actress sat down for a fresh interview with British Vogue, opening up on the ups and downs of what had been dubbed “Brangelina”, when the two stunning international movie stars came together in seemingly the perfect match.

Jolie, of Maleficent fame, explains that she had been motivated at the time by a desire to ensure the "wellbeing" of her six children.

"I separated for the wellbeing of my family. I continue to focus on their healing," the magazine quotes the star as revealing.

In a reference to the speculations and gossip surrounding her life, the Oscar-winning star said:

"Some have taken advantage of my silence, and the children see lies about themselves in the media, but I remind them that they know their own truth and their own minds. In fact, they are six very brave, very strong young people".

Jolie also stressed her belief that non-biological children should never “lose touch with where they came from.”

“They have roots that you do not. Honor them. Learn from them. It's the most amazing journey to share,” noted the actress, known for her humanitarian efforts, for which she has received a Jean Hersholt Humanitarian Award and was made an honorary Dame Commander of the Order of St Michael and St George (DCMG). 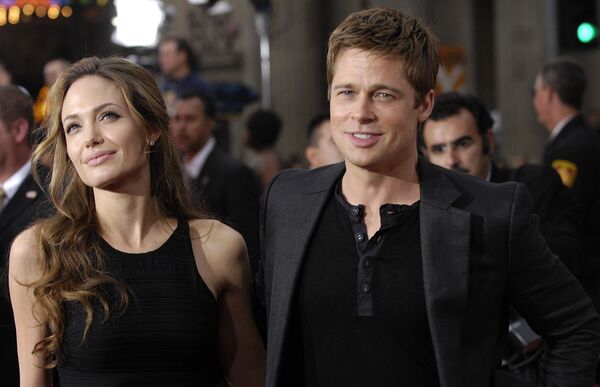 In this June 5, 2007 file photo, Brad Pitt, right, a cast member in the film "Ocean's Thirteen," arrives with Angelina Jolie at the premiere of the film at Grauman's Chinese Theatre in Los Angeles. Angelina Jolie Pitt has filed for divorce from Brad Pitt, bringing an end to one of the world's most star-studded, tabloid-generating romances. An attorney for Jolie Pitt, Robert Offer, said Tuesday, Sept. 20, 2016, that she has filed for the dissolution of the marriage
© AP Photo / Chris Pizzello

When asked in the interview if she had ever mulled leaving the United States, Angelina Jolie replied:

"I would love to live abroad and will do so as soon as my children are 18. Right now I'm having to base where their father chooses to live."

Angelina Jolie and Brad Pitt met in 2004 while filming Mr. And Mrs. Smith. At the time, Pitt was married to actress Jennifer Aniston, while Jolie had recently filed for divorce from Billy Bob Thornton.

​After a relationship shrouded in secrecy, the dynamic duo officially tied the knot in 2014, only to have Angelina Jolie file for divorce just two years later, in 2016, citing "irreconcilable differences". The developments came after an alleged incident on a plane when Brad Pitt was believed to have lost control of himself and clashed with son Maddox, then 16.

Since the breakup, mired in legal paperwork over custody rights for the children, Pitt has reportedly been working hard at mending the rifts in his family. 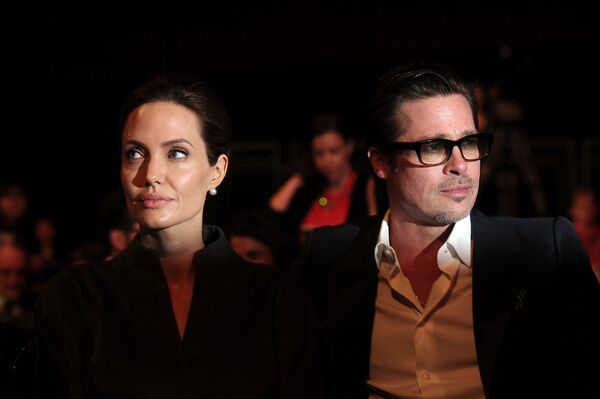 This file photo taken on June 13, 2014 shows US actress and special UN envoy Angelina Jolie (L) and her husband US actor Brad Pitt attending the fourth day of the Global Summit to End Sexual Violence in Conflict in London.
© AFP 2021 / Carl Court

A judge granted both parents legal single status on 12 April 2019 while finalizing their divorce, with a custody schedule in place.

Recently, claim sources cited by Entertainment Tonight (ET), the exes have been “getting on better” since hammering out the custody details.

“Brad's kids are the most important thing to him. He tells his friends he learns so much about life from his own children… He and Angie have been getting along so much better since the custody rules have been worked out. They have come so far,” a source was quoted as saying by ET.