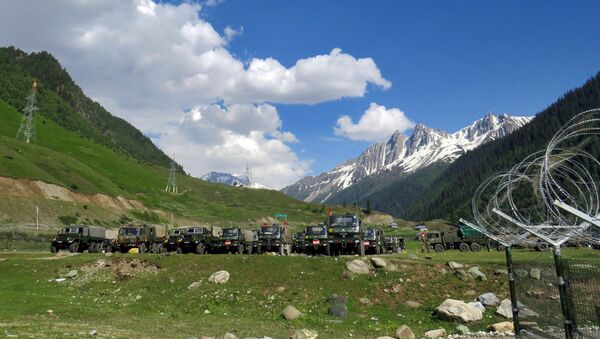 New Delhi (Sputnik): In unprecedented border skirmishes with Chinese troops, India lost three soldiers, including one officer. According to army sources, however, the real death toll in Monday night’s faceoff could be 20 Indian soldiers, as many are said to now be in the custody of the Chinese army. Chinese casualties have also been reported.

India’s ruling nationalist Bharatiya Janata Party (BJP) asserted the country’s leadership has the political will to respond to so-called misadventures made by China. Party chief Jagat Prakash Nadda was referring to a violent faceoff between armies of both countries during a de-escalation process in the eastern Ladakh region on Monday night.

“During the de-escalation process that was underway in Galwan Valley in Ladakh, a violent face off took place with the Chinese Army. The Indian Army gave a befitting reply, unfortunately we lost our three army men, I pay my humble tributes to them. We now have the political will to give a befitting reply,” he said. Nadda was addressing a virtual rally with party workers in Kerala.

BJP General Secretary B.L. Santosh said, “The Indian forces have engaged in an unprecedented face-off with Chinese troops in Galwan Valley and Pangong Tso in the Leh region. Indian efforts at building infrastructure in a never-before scale increased Chinese worries. Our forces are resolute in forcing Chinese troops to retreat. In the process yesterday, we have lost three brave patriots. The picture on the Chinese side is yet to emerge,” tweeted Santosh. He suggested that some efforts were being made to diffuse the situation.

The Indian forces have engaged in a unprecedented face off with Chinese troops in Galway valley & Pangong Tso in Leh region . Indian efforts at building infrastructure in a never before scale increased Chinese worries .

​Meanwhile, the Chinese People’s Liberation Army, in a statement, accused India “of going back on its word” and violating commitments reached by both sides during Army commander-level talks on 6 June.

India and China had accepted a de facto border called the Line of Actual Control (LAC) in 1993 but differences leading to flare-ups remain.

The LAC runs through land for the most part, but also through the Pangong Tso — a 135-kilometre deep and narrow lake, which covers a total area above 700 square kilometres. India controls the 45-km western portion of the lake.

India and China have been negotiating border dispute settlements for the past several decades, and both sides have designated special representatives for talks. The two governments have so far held 22 rounds of talks, but results are said to be merely incremental.