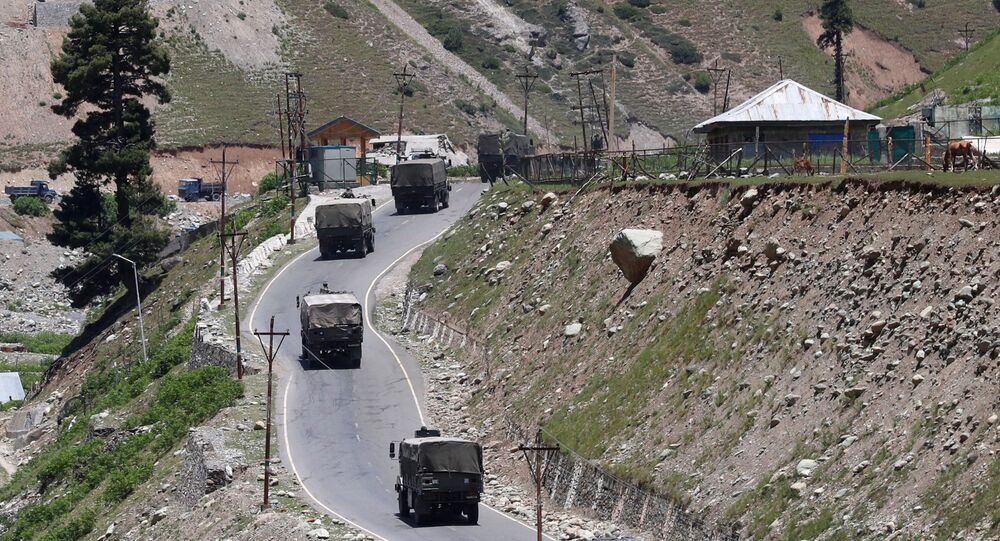 New Delhi (Sputnik): After India and China claimed a consensus on easing the border tensions, the armies of both countries engaged in a violent faceoff that resulted in casualties on both sides in the Galwan area of eastern Ladakh.

The violent faceoff between the Indian and Chinese armies has left opposition parties in India “shocked”. Expressing disbelief at the turn of events, spokesman for India’s main opposition Congress Party Randeep Singh Surjewala said that it was “unbelievable and unacceptable” and asked Defence Minister Rajnath Singh to confirm the incidents.

Will the Raksha Mantri confirm? https://t.co/kAtNuHxZVV

Dear @PMOIndia @narendramodi ji...Request you with folded hands! Please call an All-Party Meeting immediately. Since 1962 we have never heard of such distrubingly chilling news. Martyrdom of forces have a story to tell to the nation. Please!! #GalwanValley

​Former chief of Jammu and Kashmir Omar Abdullah said that if this happened during a de-escalation process, “imagine how escalated the situation must be in the first place”.

If the Chinese shoot dead an Indian army colonel & two jawans during a “de-escalation process” imagine how escalated the situation must be in the first place. This is what happens when the media propagates the government line that asking questions is anti-national.

​The governing Bharatiya Janata Party has, however, has not commented on the latest standoff between the two Asian giants.

Ashwani Mahajan, chief of Swadeshi Jagaran Manch or National Forum for Self-reliance - an affiliate of the governing Bharatiya Janata Party, termed the incident as an “eye-opener” and wanted to “engage economically with China”.  The organisation has been campaigning for boycotting Chinese products and investment in India.

This is an eye opener for those who argue that there has been no exchange of fire, so we should engage economically with China, say in trade and investment.#BoycottChineseProducts https://t.co/iErXAv7y9g

​On Monday night, one Indian Army officer and two soldiers were killed in clashes with Chinese troops in Ladakh, the Galwan Valley, and the two countries' senior military officials are now holding talks to defuse tensions, India's military said on Tuesday. The Chinese Foreign Ministry said that Indian troops crossed the border twice on Monday, "provoking and attacking Chinese personnel, resulting in a serious physical confrontation between border forces on the two sides".

India and China share a border from Arunachal Pradesh in the northeast to Sikkim in the centre and Ladakh in the northern region. While it is mainly a land border in most regions, in Pangong Tso in eastern Ladakh, it passes through a lake.

India controls the 45-km long lake in the western portion, while the rest is under Chinese control. Most of the clashes between the Indian and Chinese armies have taken place near the disputed portion of the lake.