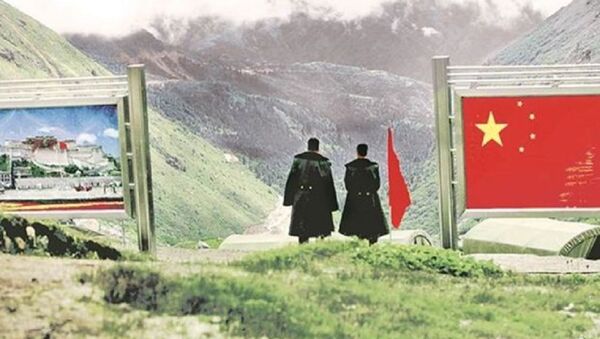 CC BY 2.0 / BMN Network / india-china-sikkim-border-doklam-620x400
Subscribe
International
India
Africa
New Delhi (Sputnik): Over 250 troops from India and China had engaged in a brawl on 5 May in the Ladakh region during border patrolling. Since then, the two sides have started deploying additional troops in an aggressive manner to claim a river valley, which has remained a flashpoint since 1962.

India has rushed in additional troops to the contested Galwan Valley after China claimed the region as its territory and deployed hundreds of People’s Liberation Army troops in dozens of tents.

Citing defence sources, The Economic Times reported that soldiers are being sent from other areas as well to the Galwan Valley.

“The strict COVID-19 protocols are said to have been kept in abeyance as the situation has escalated,” Indian defence sources said.

The People’s Liberation Army has claimed that they successfully restored the status quo in the Galwan Valley, a state-run newspaper, the Global Times reported on Monday.

Chinese border defence troops “have bolstered border control measures and made necessary moves in response to India’s recent, illegal construction of defense facilities across the border into Chinese territory in the Galwan Valley region”.

Nevertheless, asserting the Galwan Valley region was in Chinese territory, the “military source” told Global Times that “actions by the Indian side have seriously violated China and India’s agreements on border issues, violated China’s territorial sovereignty and harmed military relations between the two countries.”

The recent flare up at the border started during the last week of April when Indian and Chinese soldiers became embroiled during patrolling but the situation escalated after troops became involved in physical altercation at Pangong Tso lake in eastern Ladakh on 5 Ma, followed by Naku La in Sikkim on May 9.

Indian Army Chief General Manoj Mukund Navrane had said that the minor injuries suffered by troops were due to “aggressive behaviour by both sides”. Beijing “urged India to meet China halfway, avoid taking actions that may complicate the border situation, and create favourable conditions for development of bilateral relations and peace and stability of the border area”.