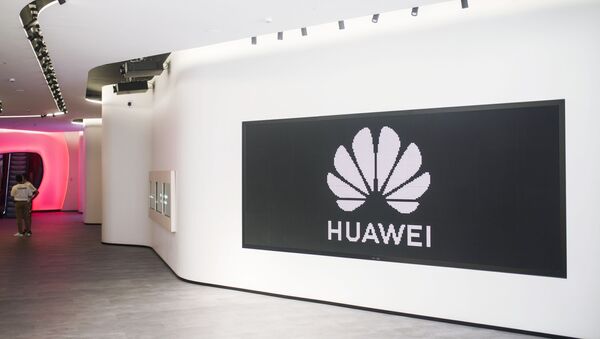 Demond Cureton
All materialsWrite to the author
A major keynote speech from a high-ranking official in the world's largest telecoms equipment addressed concerns on tensions in the US trade war on China, which skyrocketed in following the Trump Administration's renewed ban on US firms doing business with the Chinese firm.

The speech, entitled "Huawei: A Year And Beyond" was attended by over 2,000 members of the press as well as thought leaders and analysts, both online and at the event in Shenzhen.

Speaking on Huawei's experience and business performance over the past year, Mr Guo Ping said: "Over the past year, many technologies became unavailable to us. Despite this, Huawei struggled to survive and is striving to move forward."

He added that the world was an "integrated collaborative system" and that trends in globalisation "shouldn't and will not likely be reversed".

He said: "Fragmented standards and supply chains benefit no one, and further fragmentation will have a severe impact on the entire industry.

5G is OFF: Trump Extends US Telecom Supply Chain Ban on Huawei Amid Calls to Wind Down Trade War
According to Huawei, earnings from the digital economy would reach $23tn US dollars by 2025 and the company saw "more opportunities than challenges" for the industry.

The statements come just days after the US Department of Commerce extended trade restrictions against Huawei a second year, forcing US firms with US-based technologies to apply for licences in order to buy and sell with the Chinese firm.

Speaking further on the developments, Huawei issued a statement saying the company "categorically" opposed amendments from the US Department of Commerce to foreign direct product rules targeting the company.

The US placed Huawei, ZTE and over 70 Chinese firms on an Entity list in mid-May last year, "without justification", and despite limiting access to key industrial and technological elements, the company "remained committed to complying with all US government rules and regulations", the statement read.

Huawei had also fulfilled all contractual obligations to customers and suppliers, and "survived and forged ahead against all odds," the spokesperson added.

"in its relentless pursuit to tighten its stranglehold on our company, the US government has decided to proceed and completely ignore the concerns of many companies and industry associations. This decision was arbitrary and pernicious, and threatens to undermine the entire industry worldwide," the statement read.

New measures would impact the "expansion, maintenance, and continuous operations of networks" worth hundreds of billions across over 170 countries, impacting services for over 3bn users worldwide.

"To attack a leading company from another country, the US government has intentionally turned its back on the interests of Huawei's customers and consumers. This goes against the US government’s claim that it is motivated by network security", the company said.

"The US is leveraging its own technological strengths to crush companies outside its own borders. This will only serve to undermine the trust international companies place in US technology and supply chains. Ultimately, this will harm US interests," the spokesperson said.

The Chinese tech firm would begin a comprehensive examination of the new rules and expects business to "inevitably" be affected as it seeks a solution to the new measures.

"We hope that our customers and suppliers will continue to stand with us and minimize the impact of this discriminatory rule," the statement concluded.

The Trump administration, including Secretary of State Mike Pompeo and US president Donald Trump, among others, have accused the Chinese tech giant of potentially spying for Chinese authorities, which both Beijing and Huawei have repeatedly and sharply denied.

To date, US authorities have presented no evidence supporting its claims against the Chinese firm.

000000
Popular comments
The US can’t compete anymore and resorts to totalitarian practices. While in the short run these may give it the desired advantage, if China retaliates, it may cost the US economy for the long run as companies worldwide move away from US suppliers. Who wants to risk getting cut off just when they break through to new horizons because baby Trump is jealous and toddler Pompeo is losing his “supremacy”? Their thoughtless policies may well lose the US its tech companies: if China throws out Qualcomm who gets 65% of its revenue from the Chinese market, the number one chipmaker will falter. Same for Boeing and Apple. China holds the strings, not the US! Not to forget the rare earth metal exports that can be stopped!
Regula
18 May 2020, 19:40 GMT4
000000
US is only trying to bend a stronger competitor...
francescoslossel
18 May 2020, 20:08 GMT4
000000
Newsfeed
0
New firstOld first
loader
LIVE
Заголовок открываемого материала
Access to the chat has been blocked for violating the rules . You will be able to participate again through:∞. If you do not agree with the blocking, please use the feedback form
The discussion is closed. You can participate in the discussion within 24 hours after the publication of the article.
To participate in the discussion
log in or register
loader
Chats
Заголовок открываемого материала
Worldwide
InternationalEnglishEnglishMundoEspañolSpanish
Europe
DeutschlandDeutschGermanFranceFrançaisFrenchΕλλάδαΕλληνικάGreekItaliaItalianoItalianČeská republikaČeštinaCzechPolskaPolskiPolishСрбиjаСрпскиSerbianLatvijaLatviešuLatvianLietuvaLietuviųLithuanianMoldovaMoldoveneascăMoldavianБеларусьБеларускiBelarusian
Transcaucasia
ԱրմենիաՀայերենArmenianАҧсныАҧсышәалаAbkhazХуссар ИрыстонИронауОssetianსაქართველოქართულიGeorgianAzərbaycanАzərbaycancaAzerbaijani
Middle East
Sputnik عربيArabicArabicTürkiyeTürkçeTurkishSputnik ایرانPersianPersianSputnik افغانستانDariDari
Central Asia
ҚазақстанҚазақ тіліKazakhКыргызстанКыргызчаKyrgyzOʻzbekistonЎзбекчаUzbekТоҷикистонТоҷикӣTajik
East & Southeast Asia
Việt NamTiếng ViệtVietnamese日本日本語Japanese中国中文Chinese
South America
BrasilPortuguêsPortuguese
NewsfeedBreaking
08:00 GMTFinal Meeting of JCPOA Commission to Take Place on Friday in Vienna, Reports Say
07:41 GMTFrom ABCs to GTA: Watch Wild Chase Involving Stolen School Bus in Brooklyn
07:20 GMTArthur Labinjo-Hughes: Father, Stepmother Convicted of Abusing, Killing Six-Year-Old Child
07:18 GMT'Still a Long Road to Go': Cristiano Ronaldo Sends Message to Man Utd Supporters After Arsenal Win
07:18 GMTCyclone Jawad: Red Alert Issued as Deep Depression Over Bay of Bengal to Intensify Into Storm
07:09 GMT'Are We at War Now'? Norwegian Christmas Tree Gift on Trafalgar Square Roasted on Twitter
06:55 GMTEl Salvador Defence Minister's Son Killed in Military Plane Crash
06:48 GMTUK Labour Party’s Biggest Funder to Slash Donations in Favour of Union Campaigns
06:28 GMTIsrael, UAE Eye Teaming Up to Bid For Hosting of World Cup 2030 to 'Enhance Ties and Improve Image'
06:11 GMTSweden Seeks to Rein in Gangsta Rap Following Murder of Popular Artist
05:58 GMTNew Norwegian Government to Restrict NATO Traffic Near Russia
05:42 GMTFrance Snubs BoJo Offer of Joint Calais Patrols, Tells UK to Focus on ‘Legal Immigration Paths’
05:31 GMTCOVID-19 Live Updates: Malaysia Detects First Case of Omicron Variant
05:29 GMTISS to Perform Avoidance Maneuver Against Space Debris on Friday
05:23 GMT37 Years After Bhopal Gas Tragedy, New Series ‘The Railway Men’ to Pay Tribute to the Unsung Heroes
05:23 GMTAmerica's Epidemic: The US’s Massive Mass Shooting Problem
04:10 GMTUS Midterms 2022: Democrats Fear Congressional Shakeup as 19 House Dems Will Not Seek Reelection
04:04 GMT'I Knows It's Not Me': Alec Baldwin Says He's Not to Blame for Fatal 'Rust' Shooting
02:17 GMTThe Harris Shuffle
01:26 GMTUS Government Actions Urgently Needed to Better Protect Critical Infrastructure - Report