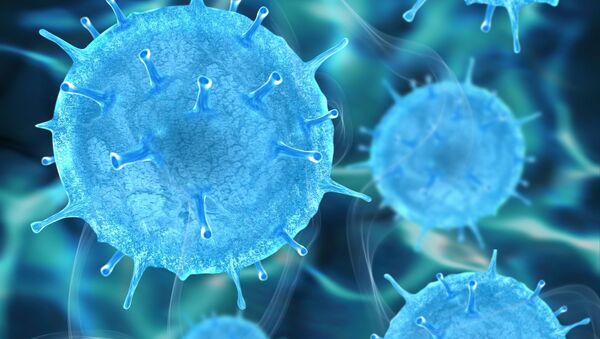 The term “patient zero” or “index case” is used to describe those victims of epidemics who appear to be the first ones to be properly documented as carriers of the infection. However, it is not always that easy to trace the roots of the world’s deadliest pandemics.

Although it is now believed that the first cases of coronavirus were reported in China’s Hubei province last year, maybe as early as 17 November according to some recent reports, the “patient zero” of SARS-CoV has not been officially confirmed. But there are some other cases in history when the first bearers of infectious diseases were well documented.

Irish cook Mary Mallon earned her fame as the person who spread typhoid fever among families she was working for back at the start of 20th century in the US, despite being warned by health officials that she should not even approach a kitchen. It was typhoid bacteria in Mary’s gallbladder, which she was advised to get removed, that was causing deaths among her employers, but the woman did not believe she was carrying the disease and refused to give a urine sample for testing.

She secretly returned to her job as a cook after being quarantined for the first time in 1907 and again caused a wave of infections among her employers. After that, she was forcibly put in quarantine on North Brother Island for the rest of her life. Upon her death, it was confirmed that Mary Mallon’s gallbladder did indeed contain typhoid bacteria. 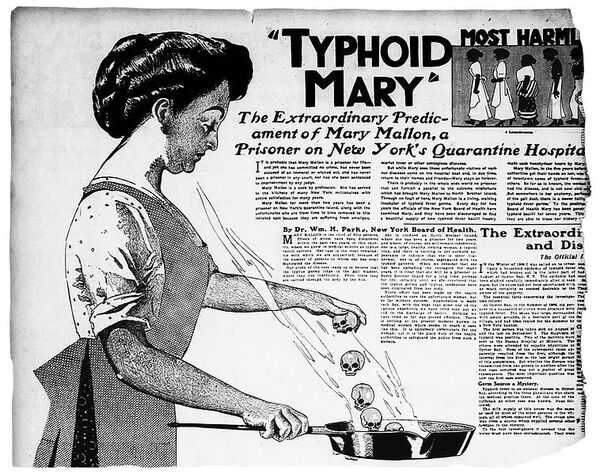 2. ‘Patient Zero’ For HIV But Not Quite

Canadian flight attendant Gaëtan Dugas was once rumoured to be the first man to spread human immunodeficiency viruses (HIV) in Los Angeles and San Francisco in the 1970s, thus bringing the infection into the US.

Although this hypothesis was later debunked by many researchers, who argued that Dugas was not the source of the virus in the US, his story was actually responsible for the origin of the term “Patient Zero”, as he was the one to be codenamed “Patient O” to indicate him as “Out-of-California”, with some later mistaking the letter “O” for the number “Zero”.

In 1976, Mabalo Lokela, a teacher from Northern Zaire, in what is now the Democratic Republic of the Congo, returned back home from a trip to Ebola River and started exhibiting strange symptoms that the local doctors first took for malaria. After his conditions worsened and he eventually died, those who had been in contact with him, including Belgian nuns from a local hospital who were not properly sterilizing the instruments they were using, eventually got sick as well. The initial outbreak in Zaire remained localised, with only several hundred people reported dead.

A deadlier and better-known outbreak was the Spanish flu pandemic in 1918, which led to somewhere between 17 and 100 million deaths, according to various estimates. In the US, the “zero patient” was reported to be Albert Gitchell, a cook in a US military facility in Kansas. He officially fell ill on 4 March 1918, but apparently was working when he had already started displaying symptoms of influenza, thus infecting hundreds of people in the camp. Soldiers, who were travelling from the base to different locations around the world by the end of First World War, including Europe, were therefore spreading the disease. Gitchell himself survived the pandemic and died 50 years later at the age of 78. 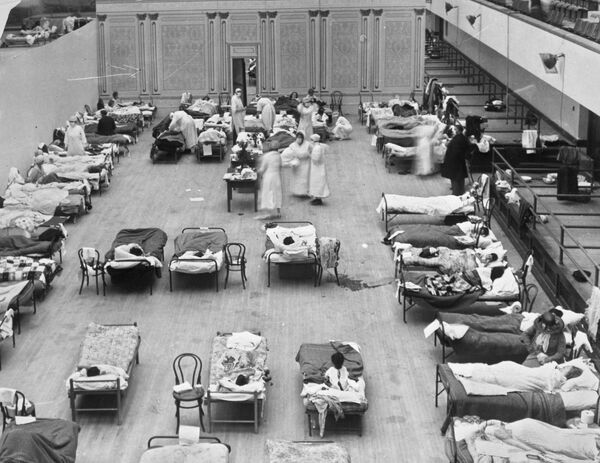 In this 1918 photo made available by the Library of Congress, volunteer nurses from the American Red Cross tend to influenza patients in the Oakland Municipal Auditorium, used as a temporary hospital
© AP Photo / Edward A. "Doc" Rogers

Five-year-old Edgar Hernandez from a mountain village in Mexico is regarded by some researchers to be the “patient zero” of the Swine Flu outbreak in 2009, although many have contested this hypothesis. Edgar’s mother claimed that it was a local pig farm that ought to be blamed for her son’s illness. Luckily, Edgar made a full recovery.Thousands of other H1N1 victims around the world were not so lucky.