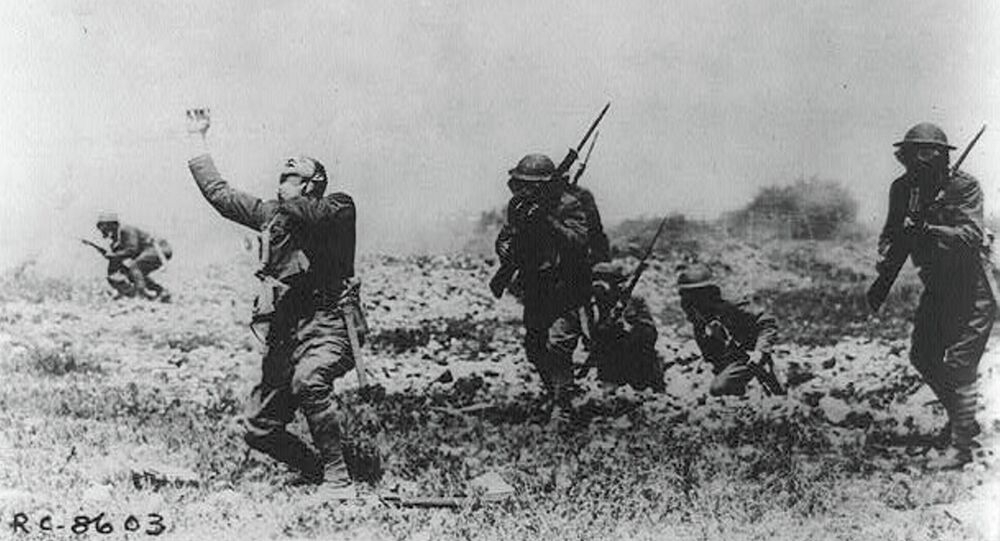 Worse Than WWI: How the Spanish Flu Pandemic Surpassed the Body Count of the Great War

In 1918-1920, amid one of the deadliest armed conflicts in human history, over half a billion people contracted the Spanish flu – an unusually dangerous influenza strain that claimed more lives than all WWI battles combined.

In 1918, the battles of the Great War (which is another name for World War I) were raging all over Europe. It started as a bilateral political conflict between Austria-Hungary and Serbia that turned into an armed one, but from the Balkans it quickly spread to the rest of the continent, with Russia, France, Italy, the British Empire, the US, and several other nations fighting against Germany, Austria-Hungary, Bulgaria, and the Ottoman Empire.

Even though the war, which began in 1914, was in its final stages by 1918, its death count during that final period multiplied because all the warring sides were hit by a severe flu pandemic.

Some scientists believe that the initial outbreak of the particularly dangerous type of influenza happened in a British staging and hospital camp in France in 1917, others say that the disease could have originated in China, Austria, or the US.

In 1918, the illness, which was incurable at the time, started killing millions of people throughout Europe – soldiers and civilians alike. It was caused by the subtype H1N1 of the influenza A virus and its spread was lightning-fast. The virus attacked lung tissue and damaged the human immune system, leading to fever, bloody cough, bluish discoloration of the skin, pneumonia, and – in severe cases – death.

Even though aspirin was already available at the time, it wasn’t the right drug for treating the virus. According to a 2009 study, the unsuccessful use of aspirin during the Spanish flu outbreak could have contributed to the increased mortality rates. Opponents of this theory say that the death count was equally high in countries that didn’t use aspirin to treat the flu at the time, such as India.

Despite its name, the Spanish flu wasn’t exactly “Spanish”. Spain remained neutral in World War One and local newspapers there were probably the only ones in Europe that were not affected by wartime censorship. So, Spanish journalists were covering the pandemic in detail, while their British and German colleagues were not allowed to disclose the scale of the epidemic, leading to the virus eventually being called the “Spanish flu” because the public was getting a general impression that Spain was suffering the most. Indeed, the illness affected the nation, and even the country’s King Alfonso XII contracted it, but its origin is likely to have been thousands of miles away from Iberian lands.

John Barry, the author of the book “The Great Influenza”, says that there is a “distinct possibility” that the great pandemic might have actually started on the other side of the Atlantic – in western Kansas.

In his interview for the series “America's Hidden Stories: Pandemic 1918” on YouTube’s Smithsonian Channel, Barry said that the Spanish flu might have first been discovered by a doctor in Haskell County, Kansas, who documented his findings and even notified the authorities:

“Population that he was servicing was getting sick – very sick, with an influenza unlike any he had ever seen before”

According to Kansas web resource Kansapedia, a similar outbreak appeared at Fort Riley on 4 March 1918, with 500 soldiers contracting the disease. Although the flu subsided, it’s believed that the deadly strain from Kansas might have mutated and was spreading further across the US and Europe, as infected soldiers traveled to the battlefields of World War later that year.

What made the Spanish flu different from other types of influenza was that it was especially deadly for younger adults – both men and women.

In the 2010 documentary “We Heard the Bells”, Senior Scientific Advisor at the US National Institute of Allergy and Infectious Diseases Dr. David Morens described the disturbing trend.

“This time otherwise healthy young adults died at a very high rate. It constituted a fairly large percentage of the total deaths – something that’s never been seen before. Why that happened is a mystery”

Science offers several explanations for this increased mortality trend. While some researchers believe that the Spanish flu triggered a so-called “cytokine storm”, which affects the stronger immune system of young adults, others claim that poor hygiene and the crowdedness of wartime facilities were the key.

In the 21st century, the Spanish flu could have been successfully treated with modern antiviral drugs, but in the first quarter of the past century, they weren’t available yet.

Within three years from 1918 to 1920, the flu had killed between 50 and 100 million people worldwide, making it one of the deadliest epidemics in human history and surpassing the total death count of World War One, which is believed to have claimed 16 million lives.