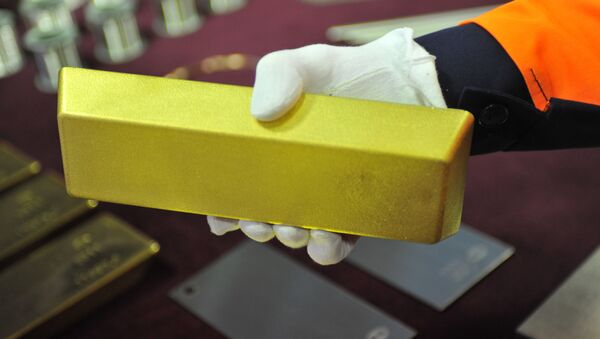 Oleg Burunov
All materialsWrite to the author
The Venezuelan Central Bank has reportedly withdrawn at least eight tonnes of gold from its coffers for export purposes since the coronavirus lockdown began in the Latin American country in mid-March.

Reuters has cited several unnamed sources as saying that Caracas is asking the Bank of England to sell part of Venezuela's gold reserves and send the proceeds to the UN, in order to help the South American nation tackle the COVID-19 outbreak.

There was no word on how much gold Venezuela wants the Bank of England to sell. Neither bank officials nor the Venezuelan Information Ministry has commented on the matter yet.

The UN Development Programme (UNDP), in turn, was quoted by Reuters as saying that it "has been approached recently to explore mechanisms to use existing resources held by the Central Bank of Venezuela in financial institutions outside the country to fund the ongoing efforts to address the […] COVID-19 pandemic”.

According to the World Health Organisation's latest updates, there are 329 confirmed coronavirus cases in Venezuela, with 10 fatalities.

This came amid reports of Caracas continuing to withdraw its gold reserves for export, with at least eight tonnes of the precious metal removed from state coffers in March.

In May 2019, Bloomberg quoted sources familiar with the matter as saying that Caracas had sold 15 tonnes of gold worth $570 million from central bank reserves, managing to bypass US Treasury sanctions which have been slapped on Venezuelan state companies since the beginning of 2019.

In an interview with the BBC last year, Venezuelan President Nicolas Maduro, for his part, expressed hope that his country would not be "robbed of the gold that legally belongs to the Central Bank of Venezuela" and that international law would "be respected and prevail".

Maduro suggested that "more or less 80 tonnes" of the country's gold could currently be frozen in the Bank of England. 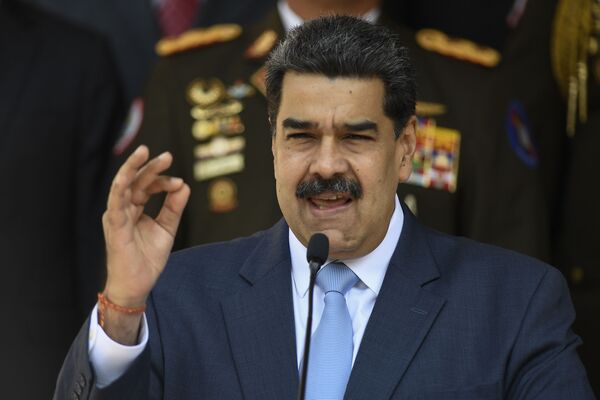 This was preceded by a Bloomberg report that the Bank of England had refused to withdraw Venezuela's gold reserves, thought to be worth about $1.2 billion, following Maduro's request.

The Latin American country remains embroiled in a political standoff, which escalated after Guaido declared himself the country's interim president in late January 2019, in a move immediately supported by the US and its allies. Maduro accused Guaido of being a “puppet”, while blasting Washington for orchestrating a coup in Venezuela.