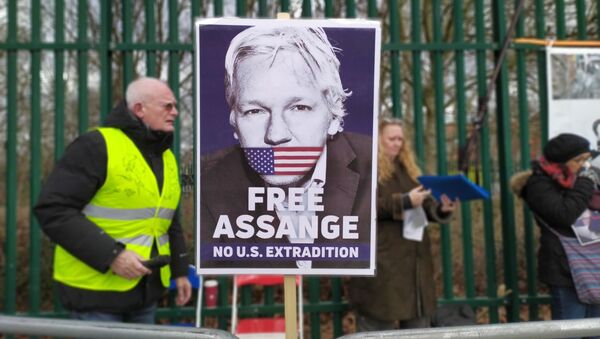 Garzon, a renowned Spanish legal figure famous for high-profile investigations in Spain’s highest criminal court, told Sputnik that the UK judicial system would have turned down any extradition request for Assange were it not for the United States.

"I’m sure that if the country that required extradition were not the United States but any other country in the international community seeking to persecute a journalist for publishing reliable information, then it’s absolutely certain that the issue of extradition would not even be considered in court," Garzon said. "Extradition against Julian Assange has a clear political focus, and we will be able to prove it without any reasonable doubt." 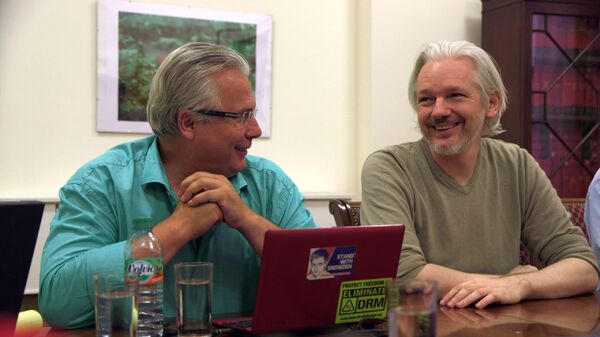 According to Garzon, the ongoing court case surrounding the systemic espionage against Assange and his associates, presumably at the behest of the United States, is sufficient ground to invalidate the extradition.

The following video, which captured a meeting between Julian Assange and Spanish and French lawyer Juan Branco, proves the espionage carried out against the WikiLeaks founder.

Who Watches the Watchmen?

Late last year, Spanish authorities arrested David Morales, owner and manager of Andalusian security company UC Global, which Ecuador hired to protect their London embassy where Assange was taking asylum. He is being investigated under charges of spying on Assange, Garzon and an ever-widening list of people involved with the WikiLeaks founder all the way to then-Ecuadorian President Rafael Correa.

"We could not even imagine that we could be subjected to such massive espionage," Garzon said, speaking about his reaction to learning the scale of the operation from court documents in the case against Morales and UC Global. 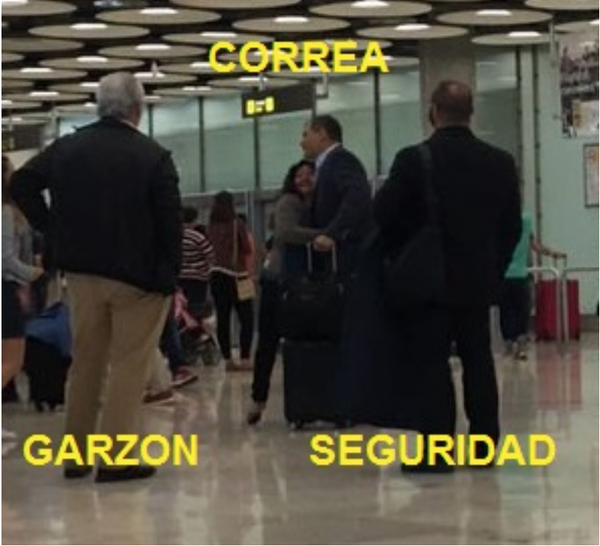 "We always suspected that Assange’s defence team was under the eye of US intelligence, but we had no idea how much they could control us. The information that has come to light indicates that a complex espionage system was allegedly deployed, involving all those who have been close to Assange for several years. The alleged use of microphones hidden in fire extinguishers and video cameras with hidden audio recordings, copying all our identification documents, manipulating phones, even trying to steal a minor's diaper for DNA analysis, etc.", Garzon recounted.

Sputnik inquired whether the case at the Audiencia Nacional, Spain’s central criminal court where Garzon served from 1987 to 2011, could change the outcome of the extradition hearing in the UK. Garzon was unequivocal.

"The criminal investigation in Spain is just beginning. We cannot know how far it will go. However, the material in the case further testifies to the fact that Julian Assange is being politically persecuted by the United States," Garzon said. "Therefore, the mandatory provisions on freedom of speech and access to information are now enhanced by the fact that the extraditing jurisdiction, that is, the United States, allegedly launched an espionage operation against Julian Assange… In this context, it is unthinkable for British jurisdiction to approve the extradition."

Meddling in Latin America, as per Tradition

The documents in the case against the security company also brought to light reports penned by David Morales himself, in the English language, about the pursuit of Correa.

Correa served as President of Ecuador from 2007 to 2017 and was subject to immense international pressure for granting Assange asylum and refusing to cave in to demands to hand him over.

Replying to Sputnik’s question about why the reports were written in English, Garzon employed simple logic which he employed in his many years as Spain’s top investigative magistrate.

"Morales testified that the reports were meant to be sent to SENAIN [Ecuador’s National Intelligence Secretariat]... But this explanation is meaningless since UC GLOBAL is a Spanish company, David Morales is a Spaniard, and SENAIN agents are Ecuadorian, and therefore all speak Spanish. This means that it is absolutely illogical to write reports in English," Garzon said, "When asked why he prepared these reports in English, Morales replied verbatim that he sometimes liked to compose in English."

Garzon went on to say that the protected witnesses in the case file state the obvious: the recipients of the information were most likely intelligence agencies in North America.

Garzon added that the espionage against Correa, which included trips to Madrid and meetings with politicians, friends and family members, served as grounds for legal persecution of Correa back home.

A Quito court sentenced Correa to eight years in prison on corruption charges, preventing the ex-president from returning to the country and barring him from participating in political life.

The leftist leader, popular in Ecuador for reducing poverty and supporting social programs, has labelled the sentencing as politically motivated.

FBI Discloses Docs on Assange's Alleged Communication With Ex-Trump Campaign Aide Roger Stone
Garzon believes the espionage against him may not hurt, but rather help Correa’s case that he has been the target of the US or US-friendly persecution.

"This not only does not interfere with his return but also proves that he was the victim of political persecution aimed at preventing him from running for office in his country. The sentence against former President Correa.... exposes the judicial system of Ecuador in a very bad light and testifies to the perverted use of the lawfare for political purposes. Rafael Correa is being prosecuted, like other Latin American popular leaders, to prevent them from re-nominating themselves for any political office," Garzon said.

000000
Popular comments
It would be a crime to throw this man to the American hyenas.