US Experts Warn of Negative Effects From Isolation, Boredom Amid Pandemic 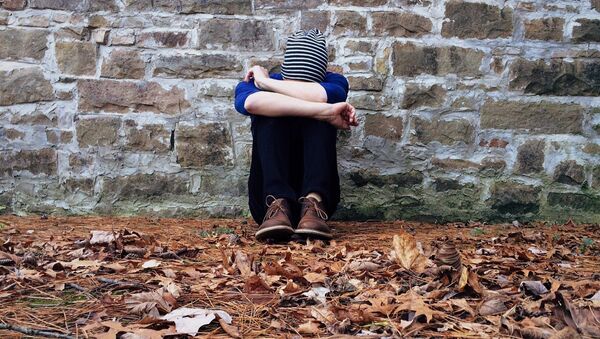 © Photo : Pixabay
Subscribe
US doctors and mental health professionals are advising people to maintain a routine during the COVID-19 coronavirus lockdowns to reduce the negative effects of social isolation.

According to Dr. Steven Siegel, a psychiatrist with Keck Medicine of the University of Southern California and chair of the Department of Psychiatry and Behavioral Sciences, maintaining a routine helps deal with the monotony of being under lockdown.

“We do have more control over this than may otherwise be apparent,” Siegel said in a statement to the Los Angeles Times. “Whatever your routine is, do it. Then go to work, even if that means that the kitchen counter becomes your desk between the hours of 8 and 5. You can’t control the rest of the world, but you can control what you do.”

People ought to adopt the viewpoint that “I have no power over when COVID ends as an individual, but I have a lot of power about how I respond to this,” he added.

Professionals are also warning that isolation and boredom can lead to psychological harm and result in increased domestic violence,  as well as depression and other mental health conditions.

“That is a reality,” Ellen Bradley-Windell, a licensed clinical social worker and co-founder and director of the Valencia Relationship Institute, told the Los Angeles Times.  “We’re already seeing the fallout with families being home, kids being quarantined and home-schooling.”

“So I’m concerned about suicide, people with social isolation, that people are living by themselves. I’m also concerned about the delayed response with family conflict, marital conflict and behavioral issues with kids,” she added.

Citing data from market research firm Nielsen, the Washington Examiner reported earlier this month that alcohol sales in the US shot up by 55% during the first week of March. The increase in drinking during the lockdown prompted the World Health Organization to warn in a news release that alcohol consumption can compromise “the body’s immune system” and increase “the risk of adverse health outcomes.”

“People with significant mental issues, isolation is the worst thing because you live in your head, you don’t have feedback. You don’t have someone making sure you’re OK and not letting you go off the deep end,” Siegel warned.

Bradley-Windell is encouraging her patients to reflect on what they are grateful for, whereas Michelle Craske, director of the Anxiety and Depression Research Center at the University of California, Los Angeles, has advised people to exercise regularly, stay connected, engage in random acts of kindness and limit news exposure regarding the coronavirus.

“Different people with different life situations certainly could be experiencing different types of stress and degrees of distress. These stressors could also manifest differently from person to person. Some people may experience little to no severe mental health consequences whereas others may experience symptoms of depression, anxiety or stress,” Craske explained.

According to Melissa Whitson, a professor and coordinator of the community psychology program at the University of New Haven, a great deal of anxiety is caused by not definitely knowing when the lockdown measures will be lifted.

“Sometimes I kind of am despairing in the uncertainty around it all. If I knew it was a certain amount of time, I’d be like ‘All right, I’ve just got to power through.’ But we don’t know how long it’s going to be,” Whitson said, noting that some people are experiencing symptoms similar to those with post-traumatic stress disorder.

“What we know about trauma is the symptoms associated with it tend to be worse when we feel hopeless. And when we feel like we don’t have control over anything. This certainly lends itself to that situation.” Whitson explained.

“And then there [is] also this grief. Grieving the life that we had, grieving not being able to do things that we normally would be able to do,” she added.

Protesters in more than two dozen US states have called for an end to the lockdown measures, claiming that they are restricting their civil liberties.

“They’re being very reactive, because they don’t know what else to do. But from a psychological perspective it’s based out of fear, because they feel out of control,” Bradley-Windell noted.

However, according to Siegel, the coronavirus has highlighted the economic disparities in the US, as more than 25 million Americans have been forced to file for unemployment benefits in the last five weeks.

“This current crisis really highlights a major weakness in our society: that this vulnerable, massive class of people will struggle if their income stops for a few months. We shouldn’t be in a situation where we can’t respond to a medical crisis without people losing their ability to buy food and shelter,” Siegel explained.