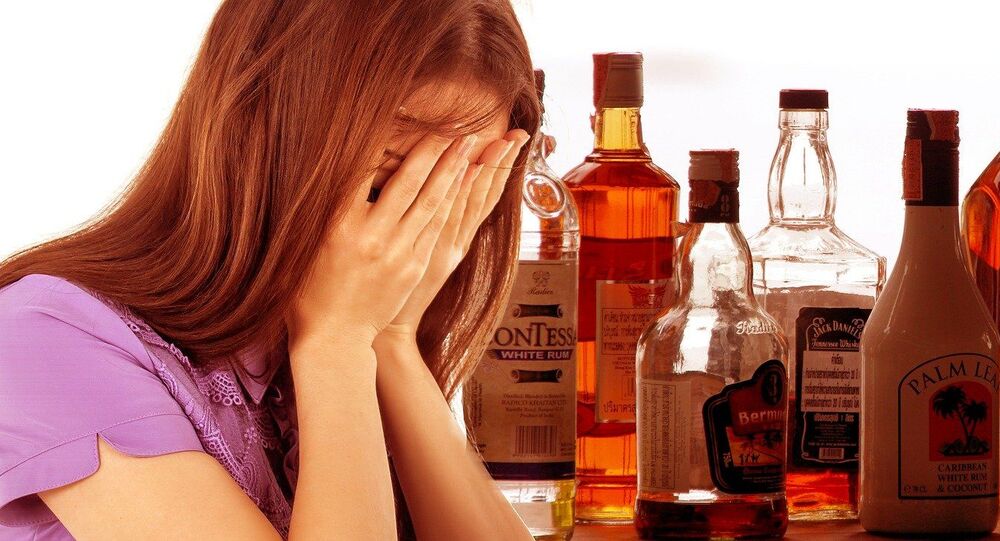 WHO: Alcohol Use Weakens Immune System, Should be Minimized During Pandemic

In a Tuesday news release, the World Health Organization (WHO) warned that alcohol consumption can compromise “the body’s immune system” and increase “the risk of adverse health outcomes,” stressing that people should minimize their alcohol intake during the COVID-19 pandemic.

According to the WHO, despite the fact that “fear” and “misinformation” have “generated a dangerous myth that consuming high-strength alcohol can kill the COVID-19 virus,” that is certainly not the case. In fact, consuming high levels of ethanol - the type of alcohol found in drinks - that has been contaminated with methanol, which is toxic, can result in “severe health consequences, including death.”

The WHO also notes that alcohol is known to be harmful in general, but especially during lockdown measures, alcohol consumption “can exacerbate health vulnerability, risk-taking behaviors, mental health issues and violence.”

“Alcohol is consumed in excessive quantities in the European Region, and leaves too many victims. During the COVID-19 pandemic, we should really ask ourselves what risks we are taking in leaving people under lockdown in their homes with a substance that is harmful both in terms of their health and the effects of their behaviour on others, including violence,” Carina Ferreira-Borges, program manager for WHO/Europe’s Alcohol and Illicit Drugs Program, is quoted as saying in the release.

This is not the first time that health officials have urged against taking to the drink amid the pandemic. Early on, when COVID-19 was first declared a pandemic by the WHO, medical professionals repeatedly noted that alcohol suppresses one’s immune system.

Citing data from market research firm Nielsen, the Washington Examiner reported earlier this month that alcohol sales in the US shot up by 55% during the first week of March.

The report found that tequila, gin and pre-mixed cocktails experienced a 77% increase in sales in the first week of March compared to the same time period last year. Beer sales were found to have grown 44%, and wine sales went up 66%.

Many states have designated brick-and-mortar liquor stores as “essential businesses” during the lockdown, alongside grocery stores and pharmacies. Some states, including Pennsylvania and Alabama, however, have closed their alcohol outlets, which likely played a part in US online alcohol sales surging by 243% percent compared to the same period last year.

Blossoming Against All Odds: Virtual Tour Across Tulip Garden in Coronavirus-Hit Netherlands - Video

Putin: Coronavirus Risks Too High to Begin Preparations for 9 May Parade