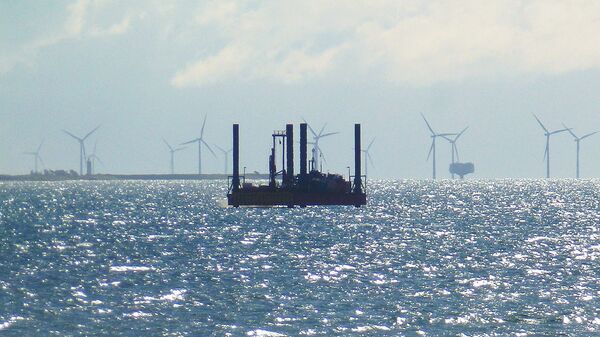 The 18-kilometre long $7.5 billion tunnel between Denmark and Germany, the longest of its kind, is expected to drastically shorten the crossing time, replacing a ferry, and create a new link between the nations.

The Danish parties have unanimously agreed to launch work on a tunnel between the Danish island of Lolland and the German island of Fehmarn, which is seen as a sign of the the countries returning to a state of normalcy following the COVID-19 pandemic, Danish Radio reported.

The 18-kilometre long, DKK 52 billion ($7.5 billion) tunnel is seen as the most expensive infrastructure project in Danish history and the longest of its kind anywhere in the world. At its deepest point, the highway in the Fehmarn tunnel will be just under 39 metres below sea level.

The broad agreement between the seven Danish parties paves the way for construction to begin at the start of next year. The Danish Transport Ministry said the start of construction had been pushed back by about six months due to the coronavirus pandemic.

“On 1 January, 2021, we can take the first step towards what, after just eight years, will establish a new, permanent link between East Denmark and Germany”, Danish Transport Minister Benny Engelbrecht said. “The connection will make a positive contribution to our tourism and business sector across a broad spectrum, and it will create jobs already now”, he added.

Although the most noticeable feature of the geography of Denmark is the peninsula of Jutland, which borders Germany to the south, Denmark's capital and largest city, Copenhagen, is located on the island of Zealand, which is separated from northern Germany by the island of Lolland and the Fehmarn Strait. The tunnel under the strait will shorten the travel time between Denmark and Germany to just 10 minutes by car and seven minutes by train, providing an important link to the Copenhagen region as well as Sweden.

The ferry that today takes cars and trains across the strait takes 45 minutes to sail, but well over an hour when boarding times are added in, and as long as two hours for those travelling by train.

The crossing has been discussed for more than 30 years, starting from the late 80s, before the re-unification of Germany. Initially, a bridge was proposed. Feasibility studies were carried out in the late 1990s, and from as early as 2000 German and Danish transportation engineers were actively planning a fixed link bridge across the Fehmarn Strait, carrying both a four-lane highway and two electrified rail tracks. However, in late 2010, after further feasibility studies, the Danish project planners declared that an immersed tunnel, with two tunnels for trains and two for road traffic, would instead present fewer construction risks and would cost about the same.

Despite the tunnel being touted as an economic boon, there have been objections from locals in Germany, as fears of job losses and environmental concerns have been voiced.

However, the project is financially supported by the EU, and according to the Transport Ministry, the new route will benefit all of Europe, when goods and people will get through Denmark faster.

“The Fehmarn Belt link will create major and important socio-economic benefits, not only for Denmark, but also for our neighboring countries and the rest of Europe”, Benny Engelbrecht assured, stressing “a great desire” from the EU.

Construction on the German side is scheduled to begin by mid-2022.