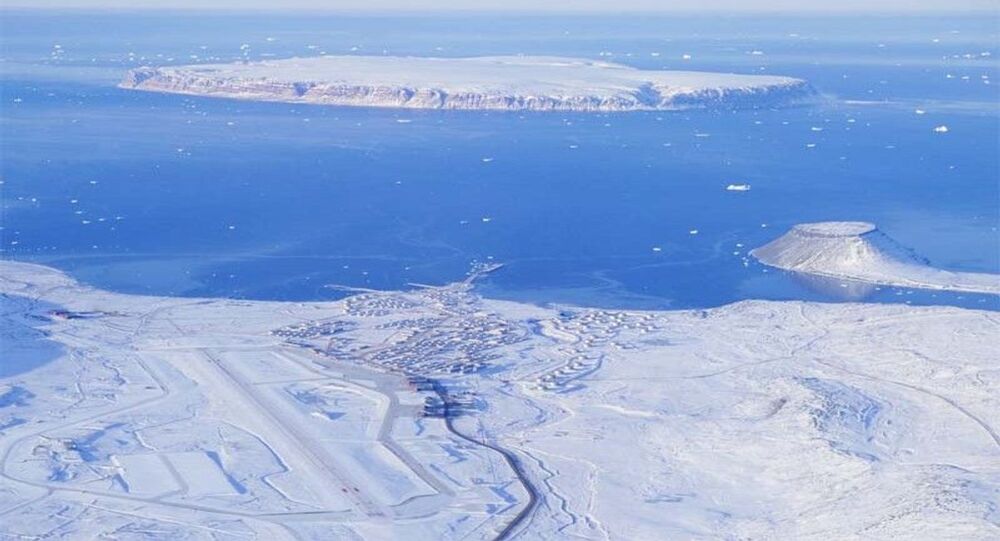 While the US proposition to lend Greenland a helping hand hit a sore spot in Denmark and was called “unheard” of and even “reprehensible”, the reactions in Greenland were much warmer.

As long as the exact conditions of the financial help from Washington are unknown, there is no reason to reject it, Greenlandic MPs have said about US Ambassador Carla Sands's pledge of assistance.

In her recent opinion piece in the newspaper Altinget, Sands stated a wish to “cooperate with the entire Danish Realm”, promote entrepreneurship and innovation and stimulate sustainable economic growth in the Arctic. In doing so, the US government is avowedly preparing a substantial package of financial support to promote growth in Greenland.

While the US proposition struck a wrong note in Denmark proper and was called “unheard” of and even “reprehensible”, the reactions from Greenland's two leading parties, social-democratic Siumut and Inuit Ataqatigiit, were much more welcoming.

Aki-Matilda Høegh-Dam from Siumut called the proposition a way of saying “we're open for business”.

“If we just slammed the door, it would be more rude than what the United States is alleged to be doing. We know too little about what the US wants to just say 'no thanks'. I believe it is important to step back and recognise that Denmark is also dependent on other countries. Let's just relax and see what comes on the table”, Høegh-Dam told Danish Radio.

Aaja Chemnitz Larsen from Inuit Ataqatigiit said the US move was not surprising, as the interest in Greenland, where the US has had its northernmost base, Thule, since the 1950s, is waxing.

“Americans are basically welcome if they want to make financial contributions and invest in Greenland. But it is important to make sure that you don't owe them anything afterward”, Chemnitz Larsen said.

In her opinion piece, Carla Sands warned of threats allegedly posed by America's major competitors in the Arctic, calling Russia “aggressive” and China “greedy and polluting. By contrast, she assured, the US vision for the Arctic was solely based on “transparency, cooperation, and democratic values”.

​Tweet: America's goal is a secure and stable Arctic, where the Arctic nations and their inhabitants work together to create common prosperity, while also addressing the common challenges.

© AP Photo / Sandy Virgo
'Totally Unacceptable': Danish Parties Furious as US Pledges Financial Support for Greenland
While it is not totally uncommon for Danish politicians to share similar sentiments, as the “Russian threat” and the “Chinese threat” appear to have firmly entered the narrative used by both the top brass, intelligence community, and mainstream media, the proposal stirred bad blood among Danish parties.

Sands and Washington are trying to undermine the unity of the realm between Denmark, Greenland, and the Faroe Islands in pursuit of their own strategic interests, Socialist People's Party Greenland spokesman Karsten Hønge ventured.

“They cannot threaten Greenland. They cannot buy Greenland. Now they are trying to rub the Greenlandic public the right way, so that at some point it will fall to them naturally to choose the US as a partner. This is completely unheard of”, Karsten Hønge said.

“It seems weird. And the phrase 'substantial economic boost' is something you say about third-world countries when you provide development aid. But Greenland is not a developing country. It is a western democracy. I believe it's reprehensible”, Espersen said.

Søren Espersen wonders why he and the Foreign Policy Committee in the Danish Parliament have not been aware of the American plans in Greenland.

Last summer, President Donald Trump shocked the world when he aired a controversial proposal of purchasing Greenland. The US wanted to buy the world's largest island from Denmark for strategic reasons, while saving Copenhagen a great expense, the president stressed, possibly hinting at the annual subsidy of DKK 3.5 billion ($510 million), on which Greenland is heavily dependent. However, the deal was promptly rejected by Prime Minister Mette Frederiksen, which spurred the president into cancelling his visit.

The US plans to step up its presence in Greenland are rolling ahead anyway. This year, the first US representation in Nuuk since 1953, a consulate, is scheduled to open to promote direct cooperation.

With a population of 56,000, Greenland it is the least densely populated territory in the world, with an inhospitable climate and a drastic lack of infrastructure between isolated coastal settlements.