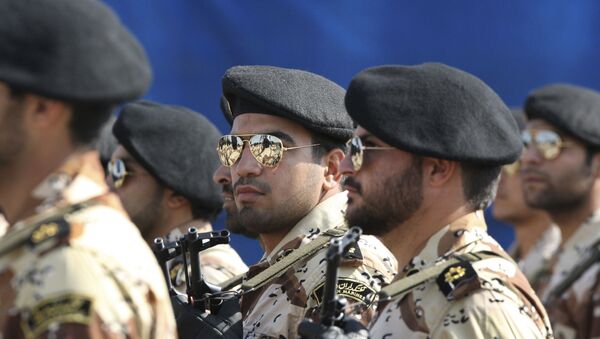 Oleg Burunov
All materialsWrite to the author
In February, Iranian Defence Minister Amir Hatami dismissed US allegations that Tehran’s satellite carriers could be turned into military missiles and that the recent unsuccessful launch of a Zafar satellite was part of the Islamic Republic’s missile programme.

The satellite called Noor (Light) was put into an orbit located 425 kilometres (624 miles) above the Earth's surface via a two-stage carrier called Qassed (Envoy).

The launch, which was conducted by the Islamic Revolutionary Guards Corps (IRGC), comes after Iranian Defence Minister Amir Hatami in February rejected allegations issued by the US that the satellite carriers could be turned into military missiles and that the recent unsuccessful launch of a Zafar satellite was part of Iran’s missile programme.

“The satellite launch and satellite carrier […] are not related to missile [programme]", Hatami pointed out.

He pledged that despite opposition from some countries, Iran will continue to develop its satellite programme. According to Hatami, while the carrier doesn't have any military applications, the satellite that it will eventually take into orbit could be used for defensive purposes by the Islamic Republic.

Hatami also stressed that while Iran had already developed numerous missiles, none of them are designed to carry nuclear warheads, even if Tehran had any. He reaffirmed that the Islamic Republic is not seeking to develop nuclear arms or the means to deliver them.

The comments came after Iran failed to put a Zafar (Victory in Farsi) satellite into orbit on 9 February due to the rocket not gaining enough acceleration.

“The launch vehicle successfully launched the Zafar satellite into space, but the rocket could not gain the necessary speed to put it into orbit. Necessary optimisation work will be carried out for the next launch", Iranian Defence Ministry spokesman Ahmad Hosseini said in a statement at the time.

Iranian Minister of Information and Communications Technology Mohammad-Jawad Azari Jahromi, who oversees the satellite's development, admitted that the launch had failed but remained upbeat back then, saying that Iran is “unstoppable”.

The launch was preceded by two other unsuccessful attempts to put the Zafar satellite, designed to gather data on earthquakes and other natural disasters from space, into Earth's orbit.

000000
Popular comments
Way to go Iran.. Keep on launching them and station them over Israel as well. Spy on them scum and then have a few over the US.