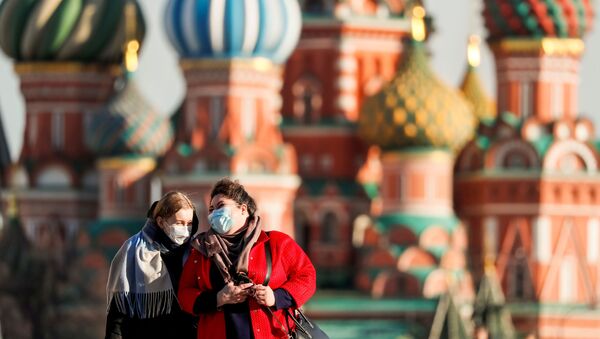 © REUTERS / Shamil Zhumatov
Subscribe
Despite sharing a 4,000km border with China, Russia has so far been trailing far behind Beijing as well as the US, Italy, and its European neighbours as far as confirmed COVID-19 cases and even further in terms of fatalities. The issue has landed Moscow on the radar of Western media, yet again unleashing a new wave of Russia-bashing.

"Mainstream media coverage of the coronavirus situation in Russia has been most ugly in the United States, where the Information War on Russia is not being abandoned even though the overwhelming interest of the public is on the ‘home front’ and how the disease is spreading there, the daily death toll, and the economic impact", says Gilbert Doctorow, a Brussels-based independent political analyst.

According to Doctorow, a New York Times article that claims President Vladimir Putin's "disinformation" has hurt major institutions and encouraged the spread of deadly illnesses in the United States is "the most egregious case of Russia-bashing in the midst of the plague".

"The article which alleges that the Russian president is behind fake news about the coronavirus detrimental to the US, was concocted from discredited sources and is without any foundation", the political analyst emphasises. "Other publications have posted news about the spread of the coronavirus in Russia without such truculence and more to appeal to reader curiosity, just as they report on the spread of the virus in Africa or other less known parts of the world".

According to Doctorow, Russia's low numbers of deaths and cases are quite understandable given that it was "among the first countries to impose travel restrictions and systematic controls on international visitors to stop the spread".

"The opening of the Kommunarka facility for contagious diseases outside Moscow was a clear signal that the government takes the threat of this pandemic seriously and is preparing for all eventualities", he says. "On the positive side, Russia has its own ‘social distancing’ in the low population density of the country in general apart from the few major metropolises of Moscow, St Petersburg, and Novosibirsk".

Still, the political analyst presumes that Moscow should have imposed lockdown measures earlier, adding that young Muscovites "showed the same irresponsibility as we saw in the UK and elsewhere in Western Europe, by holding pre-confinement parties that surely spread the infection".

Although the situation in Moscow is more serious than in other Russian cities and regions, it is "nothing comparable to the apocalyptic scene that we are seeing in New York and northern Italy", highlights Roberto Vivaldelli, journalist and author of "Fake News: Manipulations and Media Propaganda, From War in Syria to Russiagate".

According to Vivaldelli, Russia has taken timely quarantine measures, including the closure of its borders, while the West, for its part, underestimated the situation. Now that the death toll from the coronavirus pandemic is rising in Europe and the US, "the mainstream media cannot accept that Russia, which borders China, has acted more effectively than their countries", he stresses. 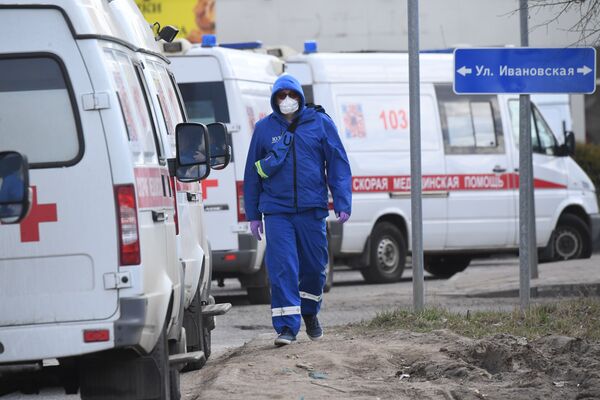 'US Always Prided Itself at Being Number One'

It's by no means surprising that "instead of taking responsibility for its own failings, the US government, and its compliant media, have taken to trying to scapegoat others", echoes Dan Kovalik, lawyer and author of "The Plot to Scapegoat Russia".

According to the author, the US failed to adequately prepare for this crisis because of, first, the inequalities and shortcomings in its own healthcare system and, second, President Trump's waiting for six long weeks before doing anything to acknowledge and confront the crisis.

Having blamed China for supposedly being slow to report about the COVID-19 pandemic, the US is now "pointing a finger at the Russian government, claiming that it is failing to properly confront the pandemic at home and is downplaying the numbers of those affected", he notes.

However, according to Kovalik, "Russia is taking measures to confront the pandemic which the US has failed to do, particularly in the epicentre of the pandemic, Moscow" which "far exceeds the efforts of the US which has yet to announce plans for mass testing of individuals for the virus".