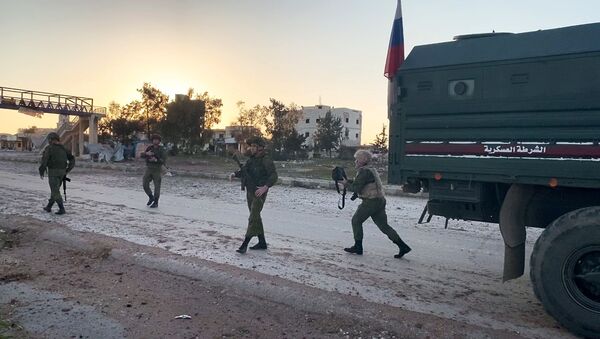 MOSCOW (Sputnik) - Militants of the Hayat Tahrir al-Sham* terrorist group have attacked the town of Karsaa in Syria’s Idlib province, the head of the Russian Defence Ministry's centre for the Syrian reconciliation said.

On Sunday, the ministry reported that the Russian side of the Russian-Turkish commission monitoring the implementation of the Syrian truce had recorded one ceasefire violation in the country over the past 24 hours, while the Turkish side had registered no truce breaches.

"One shelling by the Jabhat Al-Nusra* terrorist organization was recorded in the settlement of Karsaa in Idlib province", Rear Admiral Oleg Zhuravlev said at a briefing on Sunday.

At the same time, no shelling by illegal armed groups controlled by Turkey has been recorded over the past 24 hours, he added.