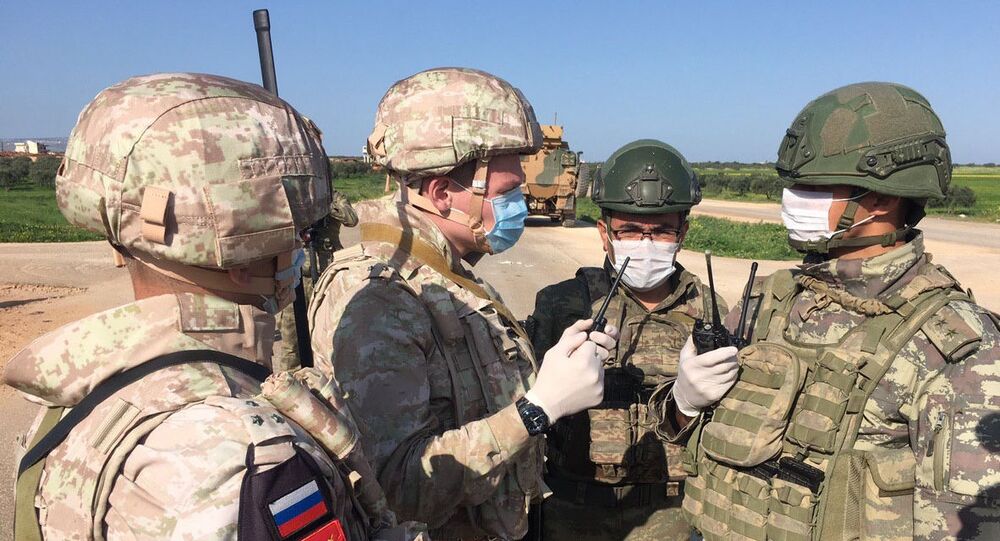 SARAQIB (Sputnik) - Russia and Turkey held the fourth joint patrol of the M4 highway in the Syrian province of Idlib, the Russian military said Wednesday.

"In accordance with the agreement of presidents of Russia and Turkey dated 5 March, on 15 April, another — the fourth —  Russian-Turkish joint patrol of a stretch of the M4 highway in the Idlib de-escalation zone linking the cities of Aleppo and Latakia took place", the Russian centre for reconciliation of opposing sides said.

Russian President Vladimir Putin and his Turkish counterpart, Recep Tayyip Erdogan, confirmed on 5 March their commitment to the Astana format on Syria, announced a ceasefire in Idlib and agreed upon joint patrols of the strategically important M4 highway, connecting Aleppo and Latakia.