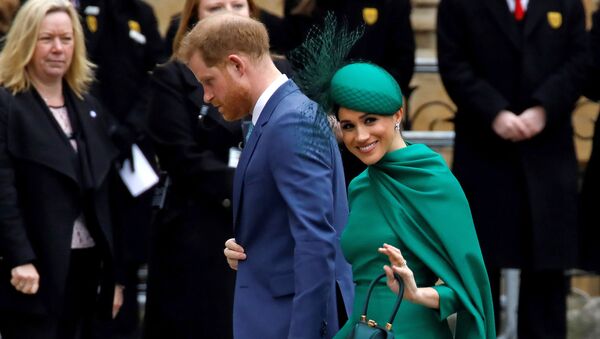 © AFP 2021 / TOLGA AKMEN
Subscribe
On 31 March Prince Harry and Meghan Markle officially stepped down from their position as senior royals, three months after they sensationally announced their intention to leave the royal fold and carve out a new, financially independent role for themselves, as they abandon the use of their HRH styles and honorary military titles.

Prince Harry has instructed the team of agents working with him and Meghan Markle to reject any work offers that ridicule his grandmother, Queen Elizabeth II, or the royal family, reported the Daily Mail.

The publication cites sources in Los Angeles, where the couple recently moved, as saying Prince Harry is seeking to dodge a “media war” and hopes to avoid triggering any more “bad blood” by tapping into his royal links to make money.

The couple, who officially stepped down from royal duties on 31 March to become financially independent, are represented by Meghan Markle’s former Hollywood agent Nick Collins of The Gersh Agency - one of the leading agencies in Hollywood.

“Offers have come flooding in to Collins for Harry and Meghan. They are worth tens of millions of dollars and some offers are absolutely in their wheelhouse of charity ideas, however some are straight up advertising and marketing promotions and commercials,” the source said.

While acknowledging that a narrative based on the couple’s royal links or the sensational decision they made to step down is courted by many seeking to employ their services, the source added:

“However, Harry has instructed his and Meghan's team to nix anything that in any way could be negative towards the royals. Essentially anything that is negative to the Queen, Prince Charles, his brother or the throne is off limits… It shows that even though he has stepped away from royal life, he does not want to upset his grandmother or father.”

Amid predictions by experts that the Duke and Duchess of Sussex now have the potential to earn tens of millions of dollars annually, Prince Harry is reportedly insisting the couple will rule out any projects if they play off their connection to the Royal Family, no matter how lucrative. 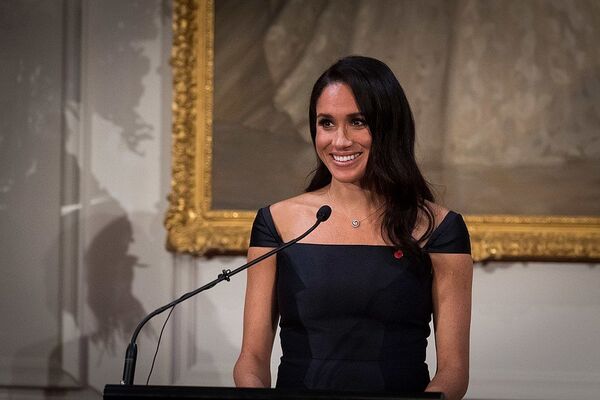 Insiders say Collins, who is overseeing global film, TV and philanthropic offers on behalf of the couple, has been receiving a slew of offers from big companies, ranging from liquor firms, medical corporations, banks, sporting companies to entertainment firms.
Nick Collins is a long-time friend of former actress Meghan Markle, with their collaboration dating back to the days of her lead role in the USA Network legal drama Suits, when he represented her interests.

Sources claim Collins will be negotiating on behalf of the couple with Silicon Valley investors, Hollywood studios, and TV giants like Amazon, Netflix and Hulu.

The Duchess of Sussex has already landed her first post-royal job, as she narrates a Disney documentary about elephants, set to be released on 3 April on the Disney+ streaming service – just three days after the couple’s last official day as senior royals.

Coming to Disney Plus on April 3rd, #Elephant 🐘🐘 narrated by #DuchessMeghan 💕💕 pic.twitter.com/oILdPJrDQw

​Currently, Prince Harry and Meghan Markle are said to be working with TV host Oprah Winfrey on a documentary. The show, dealing with mental health issues, is scheduled to air later in the year.

On 31 March the Duke and Duchess of Sussex officially stepped down as working royals, after their shock announcement in January that they were leaving the senior royal fold to work to become financially independent. In part, the couple explained their decision by their increased frustration over the undue attention they were receiving in the media. 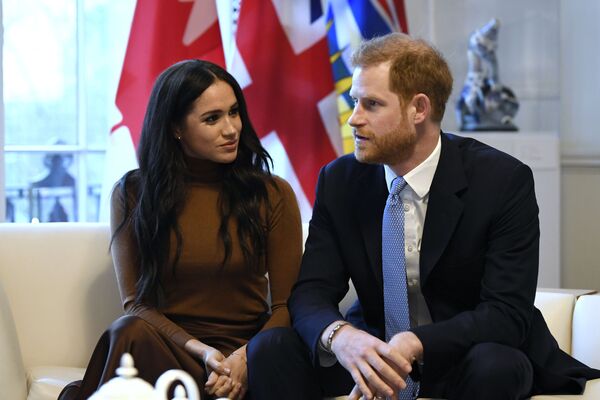 Britain's Prince Harry and Meghan, Duchess of Sussex gesture during their visit to Canada House in thanks for the warm Canadian hospitality and support they received during their recent stay in Canada, in London, Tuesday, Jan. 7, 2020
© AP Photo / Daniel Leal-Olivas

At the time, Prince Harry and Meghan also said they plan to split their time between the UK and North America.

A prearranged agreement between the couple and Queen Elizabeth II went into effect on 1 April, in line with which Prince Harry and Meghan Markle will no longer carry out official duties on her behalf, and will retain but not use their HRH titles.

On Monday, the Duke and Duchess of Sussex suspended their official Instagram account, @sussexroyal, with the caption saying they were focusing on a "new chapter" in their lives.

As we can all feel, the world at this moment seems extraordinarily fragile. Yet we are confident that every human being has the potential and opportunity to make a difference—as seen now across the globe, in our families, our communities and those on the front line—together we can lift each other up to realise the fullness of that promise. What’s most important right now is the health and wellbeing of everyone across the globe and finding solutions for the many issues that have presented themselves as a result of this pandemic. As we all find the part we are to play in this global shift and changing of habits, we are focusing this new chapter to understand how we can best contribute. While you may not see us here, the work continues. Thank you to this community - for the support, the inspiration and the shared commitment to the good in the world. We look forward to reconnecting with you soon. You’ve been great! Until then, please take good care of yourselves, and of one another. Harry and Meghan