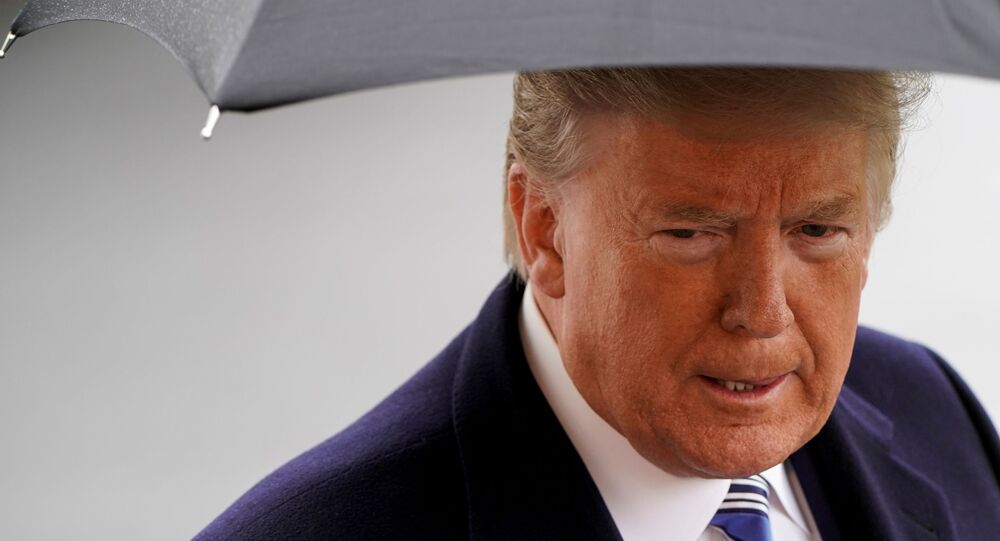 'They Must Pay!': POTUS on Security Protection for Prince Harry, Meghan Markle in US

The UK's Prince Harry and his wife, Meghan Markle, have reportedly moved from Canada to Los Angeles, California, to establish a permanent residence in the United States, taking a private aircraft amid the COVID-19 pandemic before the border was closed between the US and Canada.

US President Donald Trump tweeted that, despite his admiration for the United Kingdom and for Queen Elizabeth II, the US will not pay for security protection for Prince Harry and Meghan Markle, who have reportedly come to the country for permanent residence.

I am a great friend and admirer of the Queen & the United Kingdom. It was reported that Harry and Meghan, who left the Kingdom, would reside permanently in Canada. Now they have left Canada for the U.S. however, the U.S. will not pay for their security protection. They must pay!

​Netizens slammed Trump for paying attention to what they considererd a trivial detail instead of focusing on the outbreak of the novel coronavirus in the US, currently the nation most affected by the coronavirus, with over 135,000 cases registered and over 2300 dead, according to Johns Hopkins University data.

Alex, What are things not to tweet during a pandemic for $1000

Can we get a few more ventilators and masks with the money we save?

​The couple, who are expected to forfeit their titles of royalty on 31 March, had been self-isolating in Canada after they announced in January their desire to step back from royal duties, become financially independent, and split their time between North America and the UK.

On Wednesday, it was revealed that Prince Charles had tested positive for the novel coronavirus. It was reported that Markle did not allow her husband to travel to the UK to visit his ill father.

Earlier, it was reported that the couple were considering settling down in Los Angeles primarily to be close to Markle's mother, but only after Trump's presidency ends.