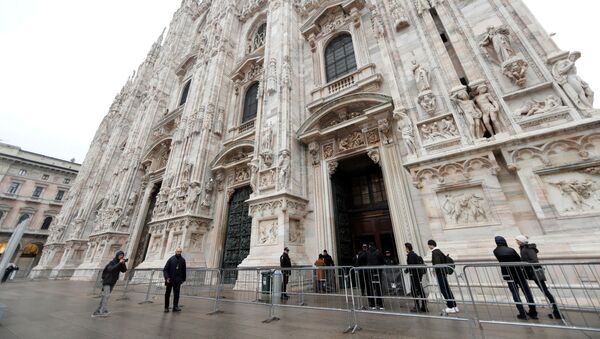 MOSCOW (Sputnik) - Italy’s Health Minister Roberto Speranza has said that nationwide quarantine measures imposed three weeks ago to curb the spread of COVID-19 will be extended as the country needs more time to combat the outbreak.

“Today, we are still the center of this crisis. You cannot reduce alertness; you cannot create illusions. The measures expire on April 3 and I can say that they will definitely be extended,” Speranza said during an appearance on Italy’s Rai 2 broadcaster on Sunday evening.

The minister added that it would be a mistake if the government lifted restrictions while the numbers of new cases and deaths from the disease continue to rise. He added that the government will meet later on Monday to discuss the quarantine measures.

“We still have to make sacrifices. We need even more time,” the minister stated.