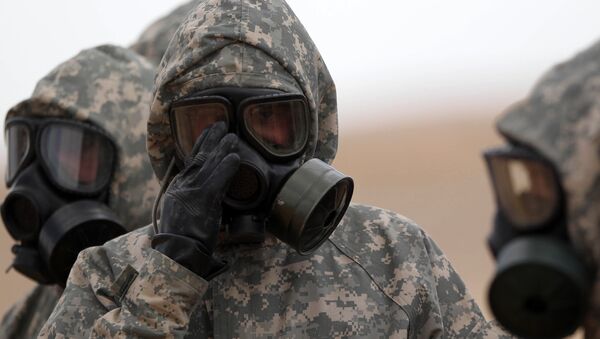 © AFP 2021 / KHALIL MAZRAAWI
Subscribe
Ilya Tsukanov
All materialsWrite to the author
With over 17,300 cases and 1,135 deaths to date, Iran has been one of the countries hit hardest by COVID-19, with the virus affecting not only the population at large, but a big portion of the political elite as well. Last week, Supreme Leader Ali Khamenei said there was evidence that the pandemic may have been a “biological attack.”

A group of 101 Iranian doctors has penned a letter addressed to the leaders of Afghanistan, Georgia, Iraq, Kazakhstan, Kyrgyzstan, and Pakistan to take ‘immediate action’ to destroy “all of the US biological laboratories” in their countries amid fears that the coronavirus pandemic may have been spread deliberately as a form of biological warfare, Press TV has reported, citing the letter.

“We, as a group of Iranian physicians specializing in infectious and pulmonary diseases, asthma and allergy are witnessing that many of our compatriots are infected with the virus, and like all doctors across the world, we are trying day and night to cure and save them,” the letter states.

“But there has been plenty of evidence in both the world’s leading scientific articles and in the media, citing geneticists and biologists and WikiLeaks documents, that reinforces speculation about the COVID-19 manipulation in biological laboratories and a biological attack by the US through the virus against rival countries,” the letter continues.

As evidence, the doctors cite the recent questions asked by Chinese Foreign Ministry spokesman Zhao Lijian about the virus’s origins, and speculation that “it might be the US army who brought the epidemic to Wuhan.” President Trump dismissed those claims Tuesday, calling them “false” and saying that the US military “didn’t give [COVID-19] to anybody.”

In their letter, Iranian doctors accuse the United States of having a history of using biological weapons, and suggest that given its habit of withdrawing from international agreements and treaties, the US could “defy” international agreements aimed at controlling the development of biological weapons, such as the Geneva Protocol and the Convention on the Prohibition of the Development, Production and Stockpiling of Bacteriological and Toxin Weapons.

On Wednesday, Iranian Supreme National Security Council chief Ali Shamkhani tweeted that the United States should “respond to international inquiries about America’s role in creating and spreading the coronavirus” instead of “falsely accusing Iran and China.” According to Shamkhani, “blame games” are the “typical US way of escaping accountability.” 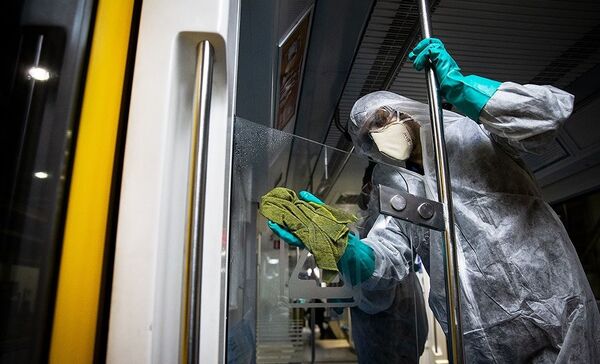 Earlier, in a press conference on Tuesday, US Secretary of State Mike Pompeo blasted China for spreading “outlandish rumours” about US responsibility for COVID-19 outbreak, and alleged that “the Wuhan virus is a killer and the Iranian regime is an accomplice.” Pompeo’s remarks follow repeated instances of President Trump calling the new coronavirus “the Chinese Virus.”

As a party to the Convention on Bacteriological and Toxin Weapons, the United States is prohibited from the development, production and storage of bioweapons agents. However, the Federation of American Scientists has accused Washington of continuing experimentation with “non-lethal” biological agents. Furthermore, Russia, former officials in Georgia and media have repeatedly expressed suspicions that the Lugar Center for Public Health Research in Tbilisi may contain a secret biological weapons programme run by the US military and private contractors.

Dilyana Gaytandzhieva, an independent Bulgarian investigative journalist and Middle East correspondent, has reported extensively on an alleged multi-billion-dollar US military programme said to include Pentagon-funded biolaboratories in over two dozen countries, including ten countries in Africa, six in Southeast Asia and nine in countries surrounding Iran and Russia including Iraq, Jordan, Azerbaijan, Georgia, Afghanistan, Pakistan, Uzbekistan, Kazakhstan, and Ukraine.

The #Pentagon’s laboratory in #Georgia, the Lugar Center (300,000.000 USD) was opened in 2011 and received the attention of both journalists and intelligence agencies, including #Russia's FSB, which suspects that the lab has been involved in bioweapons research. 1/3 pic.twitter.com/lF3KPFCFsT

The US slapped sanctions on three individuals and nine entities Tuesday over the trade of Iranian oil, a week after the US extended restrictions on the country’s crude exports for another year. The sanctions, including restrictions preventing the import of medical equipment, have put Iran’s coronavirus response under severe strain, with the country facing a shortage of test kits, protective face masks and other equipment. Iranian officials have slammed Washington for its “adversarial and inhumane” attitude to Iran’s plight. Russia, Uzbekistan, the United Arab Emirates and UNICEF have dispatched aid to the country, while China has called on the US to lift its Iran sanctions “immediately.” Iranian Foreign Minister Mohammad Javad Zarif has stressed that US sanctions “literally kill innocents,” and added that it is “immoral to observe them.”

000000
Popular comments
Great idea and destroy their military while they are at it to give the american people their country back!
Lucius
19 March 2020, 13:51 GMT13
000000
The illegal criminal unilateral US 'Sanctions' on countries like Iran Venezuela Cuba Nicaragua DPRK Yemen ect ect....AKA Economic/Financial US State-Terrorism....becomes w/ the unfolding global pandemic - attempted GENOCIDE....a 'Crime Against Humanity' !