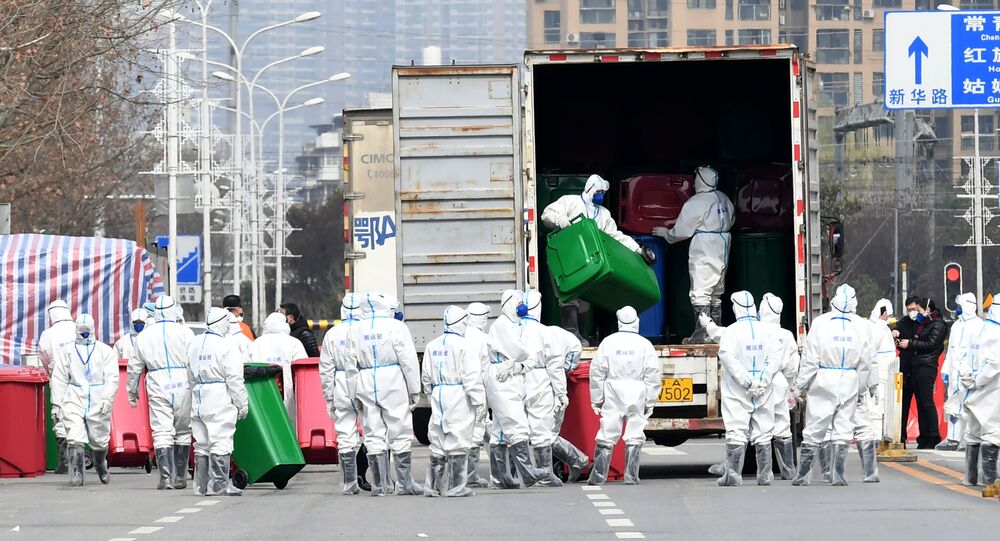 Last week, Chinese Foreign Ministry spokesman Zhao Lijian alleged that the US Army could have brought new coronavirus to the city of Wuhan - the presumed epicentre of the pandemic, from the continental United States.

US Secretary of State Mike Pompeo has urged Beijing against spreading "outlandish rumours" about COVID-19, a State Department readout of a telephone call between Pompeo and high-ranking Politburo member Yang Jiechi says.

In a statement, State Department spokesperson Morgan Ortagus said that the two men spoke by phone on Monday. "Secretary Pompeo conveyed strong US objections to PRC efforts to shift blame for COVID-19 to the United States. The Secretary stressed that this is not the time to spread disinformation and outlandish rumours, but rather a time for all nations to come together to fight this common threat," Ortagus  said.

Last week, the US summoned China's ambassador to Washington over comments made by Foreign Ministry spokesman Zhao Lijian alleging that the US military may have been responsible for the COVID-19 outbreak in China.

'US Owes Us an Explanation'

On Thursday, in a pair of tweets, Zhao pointed to testimony by Centers for Disease Control and Prevention (CDC) director Dr. Robert Redfield, who told lawmakers on Capitol Hill last week that there have already been cases of influenza deaths in the US which were later identified as cases of COVID-19.

1/2 CDC Director Robert Redfield admitted some Americans who seemingly died from influenza were tested positive for novel #coronavirus in the posthumous diagnosis, during the House Oversight Committee Wednesday. #COVID19 pic.twitter.com/vYNZRFPWo3

"When did patient zero begin in US? How many people are infected? What are the names of the hospitals? It might be US army who brought the epidemic to Wuhan. Be transparent! Make public your data! US owes us an explanation," Zhao tweeted.

The spokesman did not provide any follow-up evidence regarding the allegation.

The US reported its first COVID-19 related death on March 1.

Chinese officials have been the second to float theories that the new coronavirus may be man-made. On Friday, Iranian Supreme Leader Ali Khamenei said he had evidence to suggest that the pandemic may have been a "biological attack" carried out by an unknown actor. He did not elaborate.

Novel Coronavirus, or COVID-19, is an unknown type of viral pneumonia which was first reported in Wuhan, China in late December, and which has since spread to over 120 countries. The World Health Organization now classifies the outbreak to be a pandemic.

There are now over 179,000 confirmed cases of the virus worldwide, 81,000 of them in mainland China. The virus has caused over 7,000 deaths, with over 78,000 people recovering. China, Italy and Iran have been the hardest hit thus far.