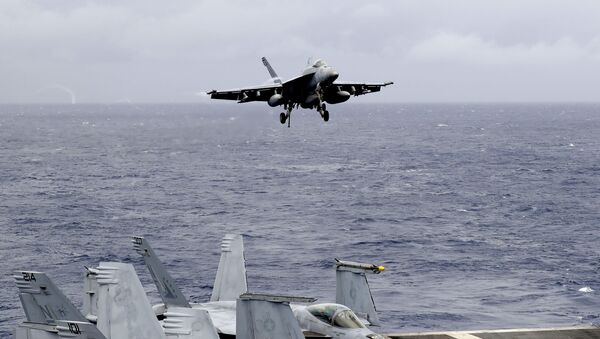 Chinese military experts on Tuesday suggested the use of non-lethal electromagnetic weapons, including low-energy laser devices, in expelling US warships that have been repeatedly intruding into the South China Sea in the past week.

To counter US' repeated trespasses into Chinese territorial waters, the Chinese military has the option of using new approaches, including the deployment of electromagnetic weapons, Song Zhongping, a Chinese military expert and commentator, told the Global Times on Tuesday.

Firing at US warships is not a good choice unless the US fires first, and that would result in the start of a China-US military conflict, Song said, noting that bumping into US ships might also not be a good counter, as lessons have been learned from the Black Sea bumping incident between the Soviet Union and US in 1988.

But the use of electromagnetic weapons, including low-energy laser devices, could be viable, as they can temporarily paralyze US ships' weapon and control systems without visible conflict but can send a strong warning, according to Song.

Electromagnetic weapons can emit electromagnetic waves that can potentially jam electronic devices of target vessels and will not cause casualties, military observers said.

The US accused a Chinese destroyer of using lasers on February 17 on its patrol aircraft near Guam, even though it was the US aircraft that had initially conducted repeated close-in reconnaissance that interrupted the Chinese fleet's normal navigation and training. This is a good example and could be applied more, Song said.

US Carrier Theodore Roosevelt Launches First Sorties in Persian Gulf Deployment
The US side is using "freedom of navigation" as an excuse to repeatedly enter the South China Sea to flex its muscles and cause trouble, which are acts of hegemony that violate international law, threatening peace and stability in the region, People's Liberation Army (PLA) Southern Theater Command spokesperson Li Huamin said after the US naval activities on March 10, noting that the US warship was expelled by Chinese naval and aerial forces.

The PLA has yet to announce its response to the US activities on Friday and Sunday.