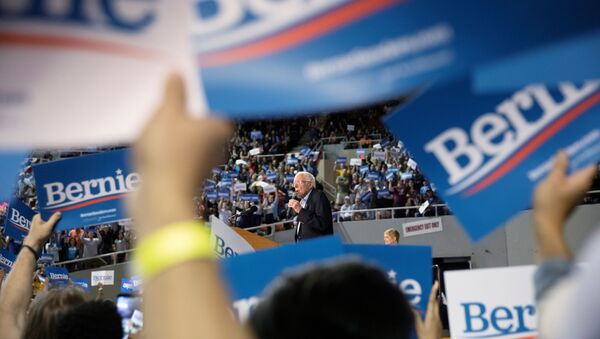 Jason Dunn
All materialsWrite to the author
If South Carolina was the much needed jolt of electricity, Tuesday's primary vote saw the full resuscitation of Joe Biden's declining campaign for the Democratic presidential nomination. The previous front-runner, Vermont Senator Bernie Sanders, now finds his campaign on the ropes after being defeated in key states.

Despite massive primary losses on Tuesday, Vermont Senator Bernie Sanders on Wednesday declared that he was "winning the ideological and generation debate" but "losing the electability debate".

Sanders said that he and his campaign had reported back that a number of voters had indicated that they support his policies but then ultimately backed Biden because they believe the former vice president is best suited to defeat the incumbent president.

​​He urged Democratic voters to rethink the assumption that Biden is the safest candidate to square up against Trump, questioning the former VP's strength in key policy areas such climate change, student debt, and the likelihood of Biden vetoing a 'Medicare for All' bill, in reference to an interview the former US VP gave on Monday

Sander's also criticised Biden's appeal toward young people - an essential voting demographic. He cautioned the "Democratic establishment" against selecting a candidate which would be unable to win over younger voters, in reference to Sanders' own strong appeal among voters 18-35.

"Today I say to the Democratic establishment: in order to win in the future, you need to win the voters who represent the future of our country, and you must speak to the issues of concern to them."

Youth have consistently favoured Sanders' progressive platform of state-run medical service free at point of use, the writing off of all student debt, an anti-interventionist foreign policy, and increasing taxes on the wealthy. Recent polling indicates that the Vermont Senator's description of the population supporting these policies is correct, even among Republicans.

A criticism routinely leveled against Sanders is that despite winning the majority of young people who did vote, he - and the Democratic party establishment - has so far been unable to rally a higher youth turnout.

This also overlaps with the question of electability; if Sanders - and the Democratic Party - is unable to inspire young people to vote in high enough numbers, those young voters will not likely vote to defeat Trump.

It is not the case that youth turnout has depreciated, however. In fact, young people have voted this primary season in numbers exceeding 2016, but a smaller percentage as whole. Considering that 18-27 year-olds are 16 percent of registered voters, 13 percent voting on election day may not be emblematic of serious youth voter fatigue, according to some.

What this does show is that older Democratic voters are showing up in higher numbers, largely to place their support behind Barack Obama's former right-hand man.

This strategy could be electorally problematic if Biden ultimately wins the nomination. If Sanders-supporting youth decide, either out apathy or resentment, not to support another candidate from the centre-left, the result could be a repeat of the 2016 election and a continuation of the Trump administration in the White House. 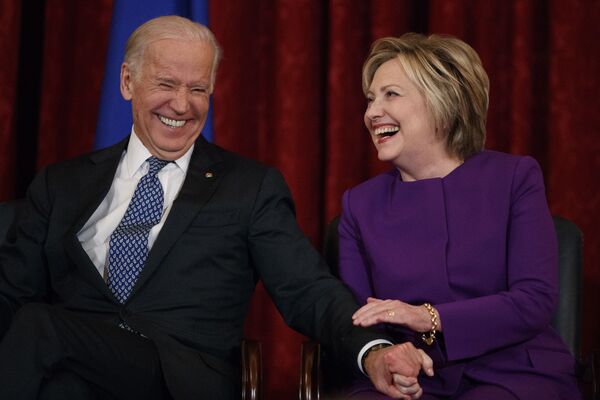 What are the chances?

Current polling projections have Biden leading by double-digits, a huge turnaround for the vice president who, in the first weeks of the campaign, saw consistent losses. The media atmosphere appears to indicate that the Sanders campaign is on its last legs, but the self-proclaimed 'Democratic socialist' could still make a comeback, according to pundits.

The latest AP numbers have Sanders down 139 delegates from Biden's lead, with 248 still to be allocated from states which have already voted - California, Colorado, Utah, North Dakota - states the Vermont Senator won, and Washington, where he has a slim lead.

Despite speculation that he could drop from of the race, Sanders has asserted that he is looking forward to the primary debate on Sunday, the first one-on-one showdown of the primary campaign, before primaries are held in Arizona, Florida, Illinois, Ohio, Wisconsin, New York, Pennsylvania, and 20 other states.

There are still over 2000 delegates up for grabs, and the Dem nomination for its 2020 US presidential candidate is still very much up in the air.