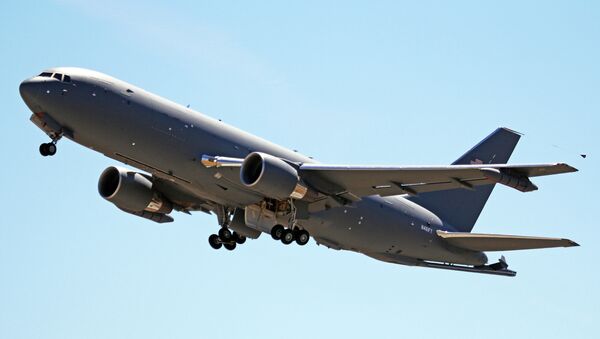 Tim Korso
All materialsWrite to the author
Tel Aviv repeatedly threatened that it would take any necessary steps to prevent Iran from developing nuclear weapons. In turn, Tehran repeatedly denied seeking to build them, despite declaring the destruction of Israel as one of its goals.

The US State Department has greenlit the sale of eight KC-46A Pegasus tanker aircraft to Israel along with spare parts and supporting equipment for $2.4 billion. If the deal passes the US Congress, Tel Aviv can expect to receive its first jets in 2023.

The State Department also noted that the aerial tankers will not only boost Israel's national security posture, but will also be of great help to the US itself.

"[This sale] supports the foreign policy and national security of the United States by allowing Israel to provide a redundant capability to U.S. assets within the region, potentially freeing US assets for use elsewhere during times of war", the State Department announced.

Although US officials have claimed that the acquisition of KC-46A Pegasus tankers by Israel "will not alter the basic military balance in the region", the move will drastically boost Tel Aviv's ability to confront Iran on its territory.

Currently, the top jet in Israeli hangars is the F-35I Adir, which is capable of traveling some 2,500 kilometres, with travel distance one way between Israel and Iran being around 1,800 kilometres. This means that the jet is limited in its ability to land strikes against Iran, such as its nuclear sites, unless it uses long-range missiles or has a back-up in the form of aerial tanker such as the KC-46A Pegasus (or external fuel tanks, which are still in development and can hinder F-35's stealth capabilities). 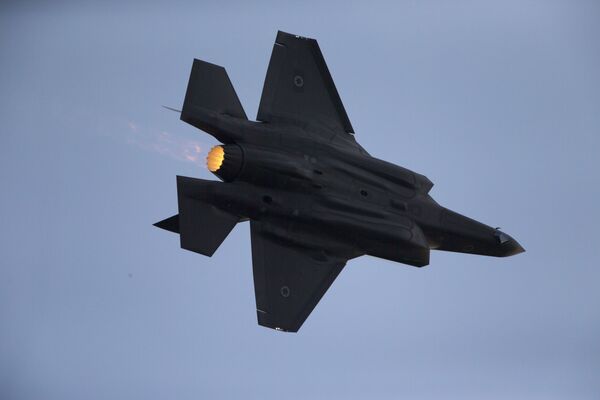 While Israel has several fuel tanker jets in its hangars, all of them are converted jets that were not originally designed for that purpose, such as the Lockheed Martin C-130H transport and civilian Boeing 707, which are 60-years old and have long been out of commission. Needless to say, these improvised aerial tankers have limited capabilities to survive in hostile airspace, unlike the new shiny KC-46A Pegasus, which will become the first jet of this type supplied by the US to Israel.

With them, Tel Aviv will actually have the capability to fulfil its threat of going at great lengths, literally, to prevent Iran from developing nuclear weapons. Tehran, however, has repeatedly denied striving to acquire such weaponry, citing its incompatibility with the Islamic religion.