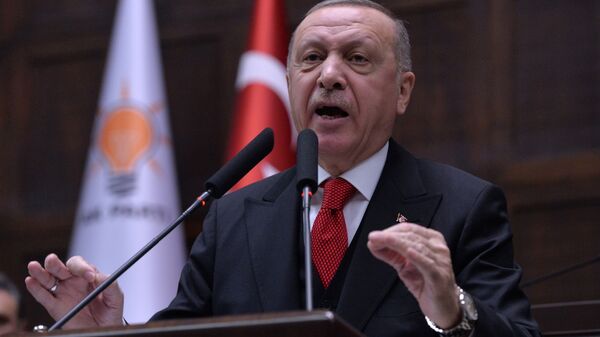 Ilya Tsukanov
All materialsWrite to the author
The dire situation in Syria's Idlib province caused by fighting that has pitted Syrian government forces against Turkish troops and Turkish-backed militias has created a wave of refugees trying to flee the conflict. In recent days, Turkey has announced the opening of its borders with Europe, citing its inability to take in any more refugees.

"Millions of refugees" will soon be moving toward Turkey's borders with the European Union, Turkish President Recep Tayyip Erdogan has announced.

"The period of Turkey's unilateral self-sacrifice in relation to the refugees has come to an end," Erdogan said in a televised speech in Ankara on Monday. "Since we have opened the borders, the number of refugees heading toward Europe has reached hundreds of thousands. This number will soon be in the millions," he warned.

According to Erdogan, European leaders have been calling him to urge him to close the borders. "They call me and say: 'close the borders'. I tell them it is too late. The West must share the burden of responsibility for refugees. Today, I will meet with the Bulgarian prime minister, and tomorrow, I will talk to [German Chancellor Angela] Merkel. The holding of four- or five-party summits on Syria is on the agenda," the president said.

German government spokesman Steffen Seibert told reporters on Monday that false Turkish claims that the way to the European Union is wide open put migrants in a difficult position.

"Migrants and refugees are being told in Turkey that the way to the EU is open, which, of course, is not true. This puts people … in a very difficult position and presents a challenge to Greece," he said.

Seibert added that the German government was well aware of the "unquiet situation" on the Greek-Turkish border, where thousands of migrants have amassed in the hope of crossing into Europe.

Last week, Ankara announced the opening of its borders to Europe for refugees, citing its alleged inability to take in any more refugees amid the ongoing fighting in Idlib.

The announcement prompted Greece to step up efforts to protect its borders, with Greek border police using tear gas and stun grenades to try to stop migrants from entering the country. On Friday, Turkey's interior ministry reported that over 47,000 people had managed to make it into the EU. A day later, the ministry upped the figure to 76,000. On Sunday, French President Emmanuel Macron said Paris would express "full solidarity" with Greece and Bulgaria amid the refugee influx, and promised to provide the two countries with "immediate assistance to protect borders." 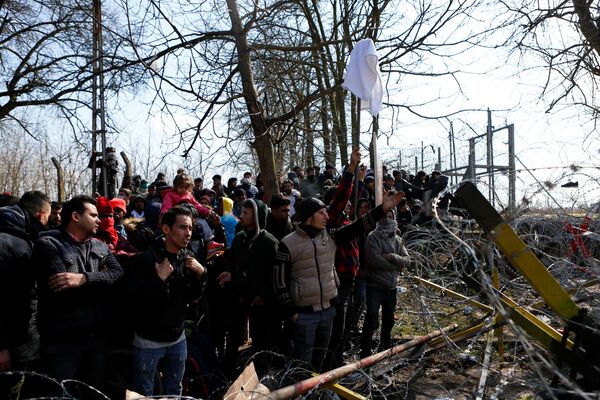 Turkey signed a deal with Brussels in 2016 which committed Ankara to stop the refugee flow into Europe in exchange for financial assistance from Europe. However, in the years since, Ankara has repeatedly accused the bloc of not doing enough to provide aid and resettlement assistance for EU-bound migrants. EU-Turkish relations soured following the 2016 Turkish coup attempt, which prompted Erdogan's government to launch a crackdown in which tens of thousands were rounded up, sacked, or suspended from their jobs, including 'disloyal' teachers, university deans, servicemen and journalists.

Turkey opened its western borders to would-be migrants amid the escalating conflict in the renegade Syrian province of Idlib, where tens of thousands of militants and Turkish forces have engaged in a major conflict with Syrian troops in recent weeks, putting the lives of civilians in the region, who number up to 3 million, in danger. The Idlib escalation began late last year, when, after repeated deadly attacks on Syrian forces by Nusra* militants, Damascus launched an offensive in the province. Tensions escalated in early February, after multiple Turkish troops were killed in a Syrian artillery attack which struck a Turkish observation post. 33 more Turkish troops were killed last week after the Syrian Army moved to repel a large-scale terrorist offensive in an area where the troops happened to be stationed.

In his speech Monday, Erdogan warned Syria that it must withdraw from Idlib "to the lines Turkey has determined as soon as possible," or be left without "a head on their shoulders."

Erdogan plans to travel to Moscow on Thursday to speak with Russian President Vladimir Putin about the Idlib crisis. Commenting on the trip, Erdogan said he hoped that "as a result of our conversation, a ceasefire will be achieved". 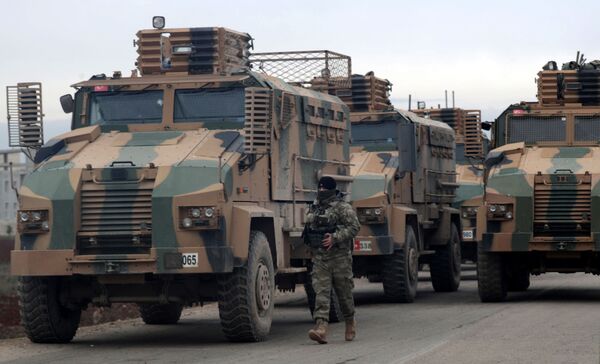