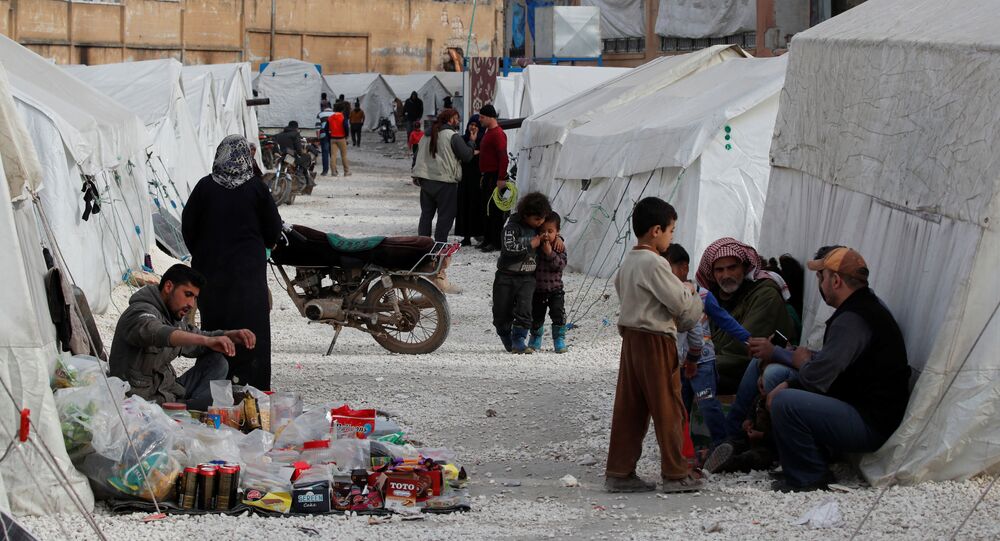 ATHENS (Sputnik) - Earlier, Hatay Province Governor Rahmi Dogan said about 30 Turkish soldiers had died in a Syrian airstrike in Idlib. According to Reuters, Turkey after the incident with the soldiers' death decided to no longer restrain the flow of Syrian migrants to Europe.

Greece has stepped up the effort to protect its land and maritime borders with Turkey after Ankara has said, amid tensions in Idlib, it will no longer restrain the flow of Syrian refugees to Europe, a source in the Greek government said on Friday.

"Greece has tightened the security of its land and maritime borders to the maximum possible level. After the new developments in Idlib, Athens maintain constant contact with the European Union and NATO", the source told reporters.

Earlier, Turkey’s ruling Justice and Development (AK) Party said that Ankara remained committed to its migration policy, but it was no longer able to restrain the flow of refugees from Syria.

Late on Thursday, Turkey's Hatay province Governor Rahmi Dogan said that 33 Turkish servicemen had been killed and dozens injured in an airstrike conducted by the Syrian government forces in Idlib. Shortly after, Turkish President Recep Tayyip Erdogan convened an urgent meeting attended by the heads of security agencies and the foreign minister to discuss security issues.

According to the Russian Defense Ministry, Syrian troops attacked terrorists in the de-escalation zone in Idlib when they were planning to conduct a large-scale attack on the positions of the Syrian military. Turkish soldiers, who were among the Hayat Tahrir al-Sham members (previously known as Nusra Front*) for an unknown reason, came under fire in the area around Behun settlement.