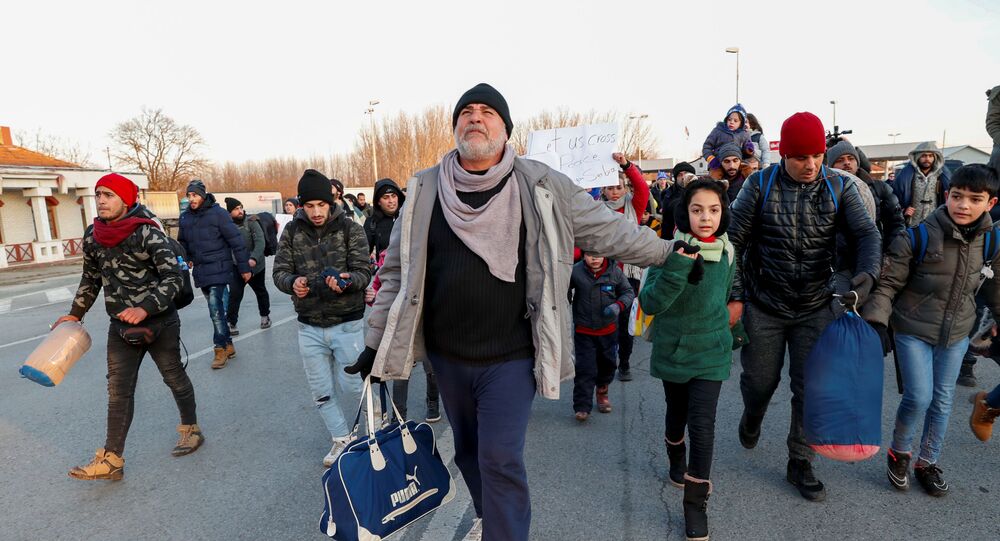 The development comes as reports emerged on Friday that hundreds of refugees are currently making their way toward Turkey’s borders with Europe, following reports that Ankara will no longer prevent migrants from crossing.

The Turkish Minister of the Interior, Suleyman Soylu, tweeted that the number of immigrants crossing the border from Turkey to Europe has grown to 47,113 as of Saturday evening, after Ankara stopped complying with a key agreement with the EU that prevented Syrian refugees and asylum-seekers from arriving in Europe.

The president of the European Commission, Ursula von der Leyen, said on Saturday that the EU is “following closely and with concern” the flow of migrants streaming from Turkey toward Greece and Bulgaria.

The official revealed that the European Border and Coast Guard Agency (Frontex) is ready to address the situation.

“Our top priority at this stage is to ensure that Greece and Bulgaria have our full support. We stand ready to provide additional support including through Frontex on the land border,” von der Leyen tweeted on Saturday.

Our top priority at this stage is to ensure that Greece and Bulgaria have our full support. We stand ready to provide additional support including through #Frontex on the land border. (2/2)

On Friday, hundreds of refugees and illegal migrants from Syria, Pakistan, Iran, and Iraq were seen in a video shot by a Sputnik correspondent moving toward Turkey's borders with Bulgaria and Greece shortly after Ankara's announcement that it would no longer stop migrants and refugees from reaching Europe, by land and sea.

Earlier this week, the Turkish government said that it had opened its borders with the European Union for Syrian refugees and would no longer comply with an agreement between Ankara and the EU on detaining refugees within Turkish borders, as it had not received assistance that was promised in the deal.

Ankara's move comes amid a deterioration of stability in Syria's Idlib province, where nearly a million people have been displaced.