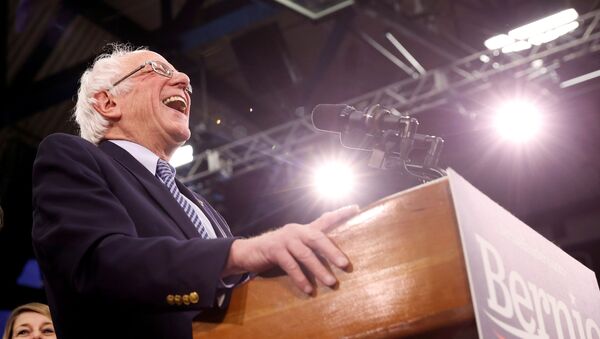 Democratic presidential hopeful Senator Bernie Sanders, one of the favourites in Saturday's Nevada caucuses, has long been regarded as a "peace candidate" who promotes an anti-interventionist foreign policy agenda.

In January, Sanders lashed out at President Donald Trump for killing Iranian Quds Force Commander Qasem Soleimani in Iraq calling it a "dangerous escalation" that "brings [the US] closer to another disastrous war in the Middle East that could cost countless lives and trillions more dollars."

Additionally, the senator from Vermont, is known for his ardent opposition to the Iraq War unleashed upon the Middle Eastern country by George W. Bush under a false pretext in 2003: "I listened very carefully, and I concluded that they were lying through their teeth. And I not only voted against that war, but I helped lead the opposition," Sanders recollected during the New Hampshire debate on 7 February.

When I voted against the war in Iraq in 2002, I feared it would lead to greater destabilization of the region. That fear unfortunately turned out to be true.

The U.S. has lost approximately 4,500 brave troops, tens of thousands have been wounded, and we’ve spent trillions.

​However, The New York Times' February foreign policy survey showed a different picture. When asked whether he would consider military force for a humanitarian intervention, the presidential candidate answered "yes". And when the media wondered if he would consider military force to pre-empt an Iranian or North Korean nuclear or missile test, the self-described democratic socialist also answered in the affirmative.

The World Socialist Web Site (WSWS), a Michigan-headquarters left-wing media outlet, subjected Sanders to harsh criticism over what it called an attempt "to reassure the military/intelligence establishment and the financial elite of the senator’s loyalty to US imperialism".

"A Sanders White House, according to his campaign, would be open to launching a military strike against Iran or nuclear-armed North Korea to prevent (not respond to) not even a threatened missile or nuclear strike against the United States, but a mere weapons test", the media outlet argues.

Now that he is the Democratic Party front runner will any serious journalists press @BernieSanders on his foreign policy, including support for a first strike on Iran and North Korea? #Bernie2020 #BernieWave https://t.co/QSKlG0WCDn

​Sanders' 'Anti-War' Stance is Not as Clear as It Seems

Jan R. Weinberg, an American peace activist and founder of "Show Up! America", believes that "though Senator Bernie Sanders advocates ceasing regime change wars, as do other candidates for the presidency, in my opinion he has a long way to go to be considered a 'peace' candidate".

"I have not seen any evidence that Sanders understands that the long term United States militarisation policies and practices are viewed by Russia, China and other labeled adversaries as unnecessarily provocative thus contributing to new dual cold war arms races", Weinberg underscores. "I am referring to the support of NATO’s eastern expansion and the militarization aspects of Obama’s Pivot to Asia, which was affirmed through the Asia Reassurance Initiative Act of 2018 passed without rebuke by any members of Congress".

According to the peace activist, Sanders foreign policy positions related to war powers and the use of coercive economic measures "have not been promulgated in a clear concise fashion".

For instance, although Sanders lambasted Trump over a targeted drone strike against Soleimani, he made it clear during the 2016 presidential campaign that he "would continue the utilisations of unmanned drones for warfare or extrajudicial assassinations, Weinberg recollects.

"My point being that Senator Bernie Sanders is an advocate, as is just about the entire of United States government, that it is necessary to be totally prepared for war, not realising that in itself, preparation for war is viewed as an act of war, of which the labeled adversaries react in kind", he underscores. 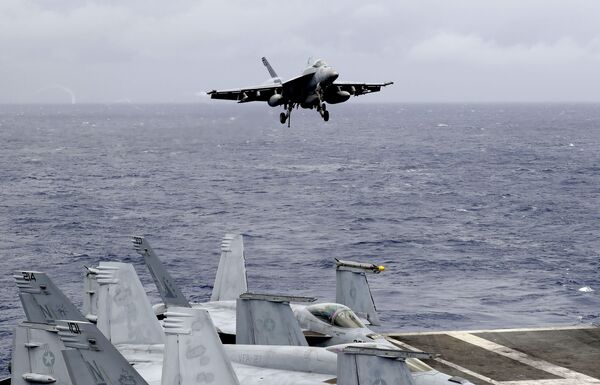 Is Bernie Able to Challenge the US Military Industrial Compex?

Commenting on the Wednesday Democratic debate in Las Vegas the peace activist expressed bewilderment as to why the moderators and the candidates including Bernie Sanders shied away from offering their opinions on the "consequences of the forward deployment of US military assets, the escalation of US led military exercises, the establishment and enhancement of US military bases worldwide, as well as the sale and gifting of armament systems – all provocative aspects of the new cold wars".

Weinberg, who has repeatedly emphasised the influence of the US military-industrial complex on the American administrations in his interviews, doubts that Sanders could anyhow change this trend should he be elected President.

"There is no indication that Bernie Sanders, if elected President, has the ability to challenge the flow of money from the armament industry corporations into the coffers of their associated influential think-tank advocates or the members of Congress who are on the take. Bernie Sanders himself believes in the positive effects on employment fostered by arms manufacturing and the placement of weapon systems as evidenced by Sanders support for Lockheed Martin’s F35 fighter jets to be stationed at the Burlington, Vermont airport", Weinberg concludes.