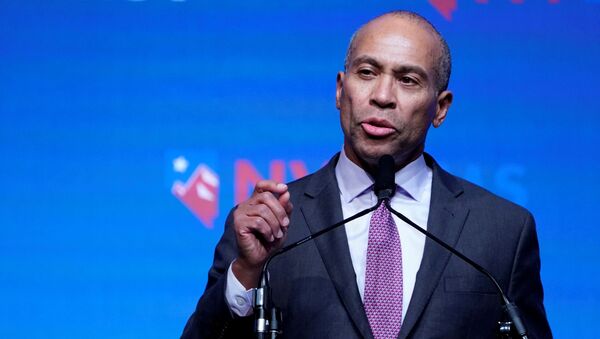 Tim Korso
All materials
Patrick is the third Democratic candidate to withdraw his bid since the primaries kicked off and was the last remaining African-American candidate. He submitted his bid shortly before Michel Bloomberg, who was the last to join the race.

"I believed and still believe we had a strong case to make for being able to deliver better outcomes. But the vote in New Hampshire last night was not enough for us to create the practical wind at the campaign's back to go on to the next round of voting. So I have decided to suspend the campaign, effective immediately", he said in his statement.

Patrick joined the presidential race in the last minute, with only billionaire Michel Bloomberg registering after him in November. He was also the last remaining African-American candidate in the primaries. Patrick, who is considered to be a close ally of Barack Obama, initially rejected calls to run for president in December 2018, but changed his mind in November 2019.

The now former candidate served as governor of Massachusetts between 2007 and 2015. He also spent three years serving as assistant attorney general under President Bill Clinton.