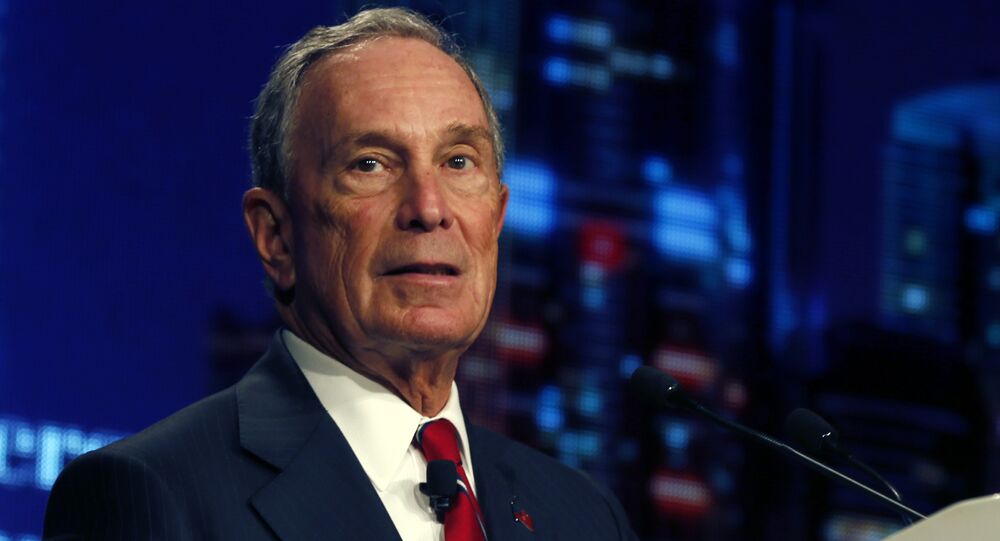 The wealthy Democratic candidate, the last to join the primaries for the presidential nomination, has faced significant criticism in the past over his support for the stop-and-frisk policy, during the tenure as the mayor of New York City. Opponents of the policy observed it as racially biased, primarily targeting minorities.

US President Donald Trump tweeted that Democratic presidential hopeful and multi-billionaire Michael Bloomberg is a "total racist". The tweet was accompanied by an audio file allegedly recorded during a Bloomberg speech at The Aspen Institute in 2015, with the wealthy politician detailing how the notorious New York City stop-and-frisk policy primarily targets minorities.

"95 percent of murderer and murder victims fit one M.O. They are male, minorities, 16 to 25 [years old]. […] We put all the cops in minority neighbourhoods. Because that's where all the crime is. And the way you get the guns out of the kids' hands is to throw them up against the walls and frisk them", Bloomberg is reported to have said.

Trump later deleted his tweet targeting Bloomberg, without explanation. A snapshot, however, is available in the Wayback Machine web archive.

Audio of @MikeBloomberg’s 2015 @AspenInstitute speech where he explains that “you can just Xerox (copy)” the description of male, minorities 16-25 and hand to cops.

Bloomberg had video of speech blocked.

Perhaps because of the problematic explanation he gives for #StopAndFrisk pic.twitter.com/Fm0YCi4ZRy

Bloomberg, who is currently struggling to gain traction in the Democratic primaries after a late entry into the race, has faced major criticism over his support for the notorious stop-and-frisk policy. The policy was favoured by the billionaire when he was the New York City mayor, involving random stops and searches of citizens only suspected of illegal activities by police.

Opponents of the policy note that the stop-and-frisk searches mostly targeted people of colour, and were thus racially biased. According to statistics, around 90 percent of those stopped and frisked were African-American or Latino, while the same two groups were found to represent 74 percent of arrests as a result of the searches.

The stop-and-frisk policy  has since been modified, substantially reducing its use by police, after Bloomberg lost a re-election bid in 2013.